Liverpool boss Jurgen Klopp does not want this season's potential title triumph to be a one-off. 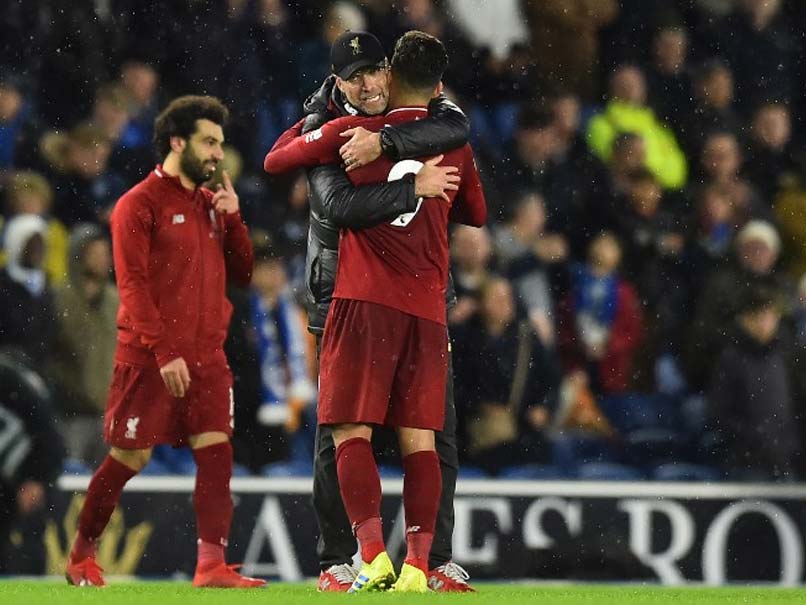 Jurgen Klopp is yet to win a trophy since taking charge at Liverpool.© AFP

Jurgen Klopp has warned Liverpool's Premier League rivals that the leaders are laying the foundations for long-term success. Klopp's side sit four points clear at the top as they chase Liverpool's first Premier League title since 1990. But the Liverpool boss does not want this season's potential title triumph to be a one-off. The German believes the willingness of Liverpool's owner John W Henry to reward star players with improved contracts is key to fulfilling his ambition for sustained success. Andrew Robertson is the latest to commit himself to the club. His new five-year contract follows long-term deals for Mohamed Salah, Sadio Mane, Roberto Firmino, Joe Gomez and Jordan Henderson.

"In general it's always a good sign to have the opportunity to extend contracts early," Klopp told reporters on Friday.

"If we can keep these boys together, we are in the middle of our development, so it's good news for Liverpool.

"These 17-18 players plus the really young boys, that's the squad of the future. It should be like this. It's investment, the club gave us the opportunity to do it. Really nice."

Klopp is yet to win a trophy since taking charge at Liverpool but there are plenty of signs he is on the verge of ending that drought this term.

While Klopp would not be drawn on just how successful Liverpool can be with their current crop, he agreed they are now strong enough, on and off the pitch, for a period of challenging for major honours.

"Where will we be in two or three years? I have no idea but the age group is good. This season will not finish our development.

"It doesn't look like we'll lose any key player (and) we build a new training ground, another step in the future."

Liverpool are likely to offer promising youngster Ki-Jana Hoever a professional contract after he turned 17 on Friday.

The Dutch youth international became the third-youngest player in the club's history when he made his debut in the FA Cup defeat at Wolves earlier this month.

"He can sign professional now. If you turn 17, life should be really cool, yeah?" added Klopp ahead of Saturday's clash with Crystal Palace.

"There are big steps to make for all of these boys. Ki-Jana will be fine, he is really happy in the moment. We showed him where he will be in the future. Now he has to make all the steps alone, but supported by us.

"Contracts are no concern in this moment -- there were plenty of reasons for him to join us. The boys are here, and now we work with them."