Chelsea start their defence of the Premier League trophy when the new top-flight season kicks off on Saturday. Here's look at the five leading contenders for the English title. 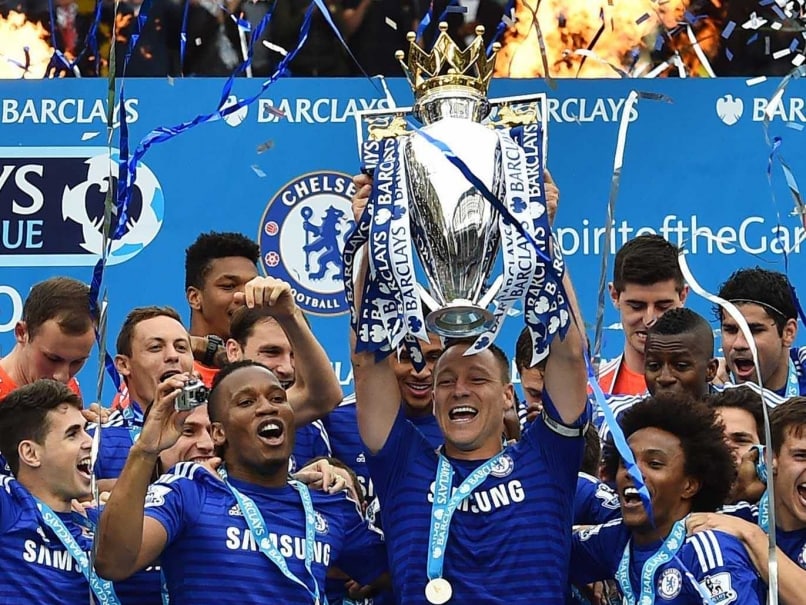 - Led by a serial winner in Jose Mourinho and bolstered by last season's Premier League and League Cup triumphs, Chelsea look a good bet to live up to their billing as the bookmakers' favourites to retain the title.

The Blues would also dearly love to mount a stronger challenge for the Champions League after a frustrating last 16 exit against Paris Saint Germain last term.

But with Diego Costa's fitness still a major concern as the Spain striker battles a recurring hamstring problem, there is no room for complacency and Mourinho must get the best out of Radamel Falcao, the Colombian he signed from Monaco despite a miserable loan spell with Manchester United, if Chelsea are to emulate the blistering start they made 12 months ago. (Mourinho Signs 4-Year Contract)

- Finishing as Premier League runners-up would be a worthy achievement for most top-flight clubs, but for a team of City's vast wealth and huge ambitions, trailing in eight points behind Chelsea and once again failing to make the latter stages of the Champions League added up to a major disappointment.

Despite speculation that City's underachievement would cost boss Manuel Pellegrini his job, the Chilean has been granted a chance to make amends and once again expectations will be sky high at Eastlands after the arrivals of Raheem Sterling and Fabian Delph -- two dynamic English talents with the ability to add pace and power to a team that looked increasingly sluggish last season.

- A strong finish in the Premier League, combined with a swashbuckling FA Cup final rout of Aston Villa, has created a belief among Arsene Wenger's players that they are ready to end the club's 12-year wait to be crowned English champions.

A tenacious Community Shield victory over Chelsea provided further proof the Gunners shouldn't feel inferior to their title rivals and with Czech goalkeeper Petr Cech lured from Chelsea to fill the one obvious hole in Wenger's squad, Arsenal at last have the look of a serious contender for the crown. Now all they have to do is finally turn their potential in prizes.

- Although United's qualification for the Champions League ensured Louis van Gaal achieved the minimum requirement of his first season at Old Trafford, finishing 17 points behind Chelsea wasn't good enough for the Dutch coach, who has embarked on a major overhaul of his squad as he aims to challenge for the title in year two.

Angel Di Maria and Robin van Persie were axed after failing to live up to expectations, while van Gaal splashed out nearly £80 million on four new faces, with Memphis Depay expected to prove a vibrant presence on the flanks and Bastian Schweinsteiger and Morgan Schneiderlin much-needed additions to a midfield low on style and substance.

- Steven Gerrard's departure signalled the end of era at Anfield, but it was the limp nature of the Liverpool icon's farewell that resonated most powerfully with Reds boss Brendan Rodgers.

Easily beaten by Crystal Palace and then hammered 6-1 at Stoke in Gerrard's last two matches, it was all too clear why Liverpool lagged eight points behind the top four and failed to make it out of the Champions League group stages.

Rodgers has been quick to take action as he seeks the first trophy of his four-year reign and, once the decision had been taken to bow to Raheem Sterling's desire to join Manchester City, he brought in a host of new signings, the most important of which is likely to be the powerful Belgium striker Christian Benteke.

Comments
Topics mentioned in this article
English Premier League Chelsea Manchester United Arsenal Manchester City Liverpool Football
Get the latest updates on Fifa Worldcup 2022 and check out  Fifa World Cup Schedule, Stats and Live Cricket Score. Like us on Facebook or follow us on Twitter for more sports updates. You can also download the NDTV Cricket app for Android or iOS.