Manchester City humbled Liverpool 4-0 on Thursday, should still comfortably finish in the top four, with a 14-point lead over the fifth place and just six games to play. 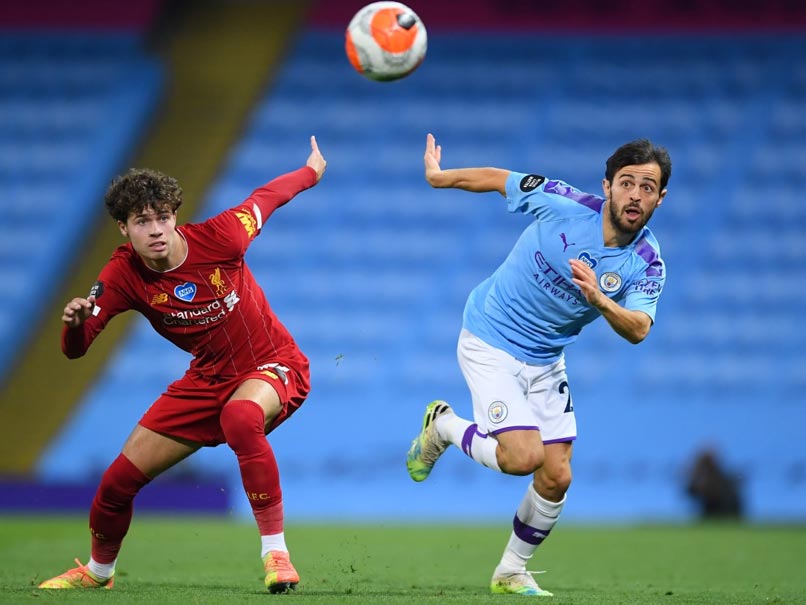 Premier League champions Liverpool are the only club certain of their place in next season's Champions League as the teams below them jostle for position and Manchester City await a court ruling. Pep Guardiola's City, who humbled Liverpool 4-0 on Thursday, should still comfortably finish in the top four, with a 14-point lead over the fifth place and just six games to play. But the outcome of their appeal to the Court of Arbitration for Sport, set to be announced in mid-July, will decide whether a two-season ban from European competitions is upheld. Should City's appeal fail, fifth place would be good enough for the riches of Champions League football next season, and results since the Premier League's restart have tightened the race for a top-five finish.

AFP Sport looks at the contrasting fortunes of four of the contenders.

Leicester - 55 points
Leicester have spent most of the campaign in third and were even Liverpool's closest challengers for two months earlier in the season as they strung together an eight-game winning run between October and December.

However, that good work has come undone during a run of two wins in 11 league games, including just two points from a possible nine since the restart against Watford, Brighton and Everton.

Goals have dried up for Brendan Rodgers's men, with Jamie Vardy finding the net just twice in 2020.

Leicester face a tough end to the campaign, with Arsenal, Tottenham and a final-day clash with Manchester United to come.

They also have uncertainty hanging over their heads, with a local lockdown in place in Leicester due to a coronavirus spike.

Saturday's visit of Crystal Palace is still due to go ahead as scheduled but shifting matches away from the King Power Stadium would be a headache.

Chelsea - 54 points
Frank Lampard's men were brought back down to earth with a bang in a 3-2 defeat at West Ham on Wednesday after fine form following the restart had them eyeing third rather than looking over their shoulders.

Failure to qualify for the Champions League would be a huge blow to the Blues' ambitious plans for next season after the signings of Timo Werner and Hakim Ziyech, who will add an extra dimension to the Chelsea attack.

However, conceding three times to goal-shy West Ham exposed the defensive problems that Lampard has to solve before turning to the transfer market.

Upcoming games against Watford, Palace, Sheffield United and Norwich give Chelsea the chance to get back on track and they will be hoping to have a top-four finish wrapped up before a trip to Liverpool and a home game against Wolves in the final week of the season.

Manchester United - 52 points
United are a team reborn since the January signing of Bruno Fernandes transformed a laboured midfield.

The Portuguese international has since been joined in the middle of the park by a fit-again Paul Pogba to add an extra dose of creativity as the Red Devils have taken seven points from a possible nine since the Premier League's return.

At the back, United have kept 11 clean sheets during a 15-match unbeaten run in all competitions and there is cause for optimism up front too, with 18-year-old Mason Greenwood forming a thrilling front three alongside Marcus Rashford and Anthony Martial.

United also have the softest run-in to go with their momentum, with Bournemouth, Aston Villa, Southampton, Crystal Palace and West Ham to come before they face Leicester.

Wolves - 52 points
Nuno Espirito Santo's men could be the biggest winners after a three-month break in the season.

Wolves had played 48 games in the first eight months of the campaign due to their early start in the Europa League qualifiers but have come back refreshed.

Victories over West Ham, Bournemouth and Villa have been achieved with the minimum of fuss and without conceding a single goal.

Tougher tests lie ahead but there are few sides better prepared for a high volume of games in a short period without making many changes.

Manchester City English Premier League Football
Get the latest updates on India vs Australia and check out  Schedule, Results and Live Score. Like us on Facebook or follow us on Twitter for more sports updates. You can also download the NDTV Cricket app for Android or iOS.