Manchester United defender Phil Jones insists the Premier League leaders are determined to finish off the title race as soon as possible. 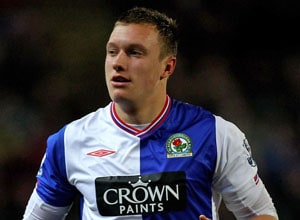 Manchester United defender Phil Jones insists the Premier League leaders are determined to finish off the title race as soon as possible.

Alex Ferguson's team have been below their best in recent weeks and Wednesday's 2-2 draw at West Ham featured another disjointed display from the champions-elect.

But Jones is adamant United haven't taken their foot off the gas with the finish line in sight and he is certain they will seal the club's 20th title in their next two fixtures.

United would be crowned champions if second placed Manchester City, who sit 13 points behind their local rivals, lose at Tottenham on Sunday and Ferguson's men defeat struggling Aston Villa at Old Trafford on Monday.

Failing that, a win over Villa and another victory the following weekend at Arsenal would clinch the crown.

"We've been confident throughout the season and nothing is going to change now," Jones said.

"We've got a big game against Aston Vila on Monday night and I'm sure, if we can pick up three points there, it will stand us in great stead for Arsenal."

United's belief they can win the title in this round of fixtures will be even higher if they listen to Manchester City assistant manager David Platt.

Platt feels City's recent exertions, in a derby win at Old Trafford and an energy-sapping FA Cup semi-final success against Chelsea, had left the players mentally drained during Wednesday's 1-0 victory over Wigan.

But Roberto Mancini's men, who could be without the injured Sergio Aguero this week, have little time to recharge their batteries before facing fifth placed Tottenham at White Hart Lane on Sunday.

"I think we are probably feeling the effects of the two big games we have had, mentally more than anything, what it takes out of you," Platt said.

"It is not the physical side that is the problem, but the mental side. That game will have brought us back to earth.

"We will recuperate and go to White Hart Lane."

Fifth placed Tottenham desperately need to beat City as they try to avoid falling further behind Arsenal and Chelsea in the race to qualify for the Champions League.

Arsenal, in fourth, are two points ahead of their north London rivals, with third placed Chelsea a further point in front of Andre Villas-Boas's side.

While some Spurs fans fear a repeat of last season's collapse in the run-in, captain Michael Dawson said: "There are a lot of points to play for and we have to be positive.

"City will be full of confidence and have some great players but coming to the Lane, the place will be rocking and hopefully we'll perform well and get the right result."

Chelsea's trip to Liverpool on Sunday has the added significance of marking Rafael Benitez's first appearance at Anfield since the end of his reign as Reds boss in 2010.

Benitez, whose family still live on Merseyside, is probably more popular with Liverpool supporters than their Chelsea counterparts, but the Spaniard is adamant he won't let sentiment distract him this weekend.

"Liverpool is where my family live now. I have been there for six years and have very good memories," Benitez said.

"The main thing is to stay in the top three and what I want is to win at Liverpool. And after, I wish them all the best and if they can win all their games until the end of the season, that will be fantastic.

At the other end of the table, Reading and QPR could both be relegated if they lose and other results go against them.

Third bottom Wigan have the club's first FA Cup final appearance, against Manchester City, to look forward to, but boss Roberto Martinez is more focused on their survival bid.

"We have been in this position before and know what to expect but that doesn't make it easier," he said.

"It is going to be a really tough ending of the season and for me it is the hardest battle we have had for a few years but we are ready for it."