Second-placed Leicester are now 10 points behind Liverpool, who face Sheffield United at Anfield on Thursday. 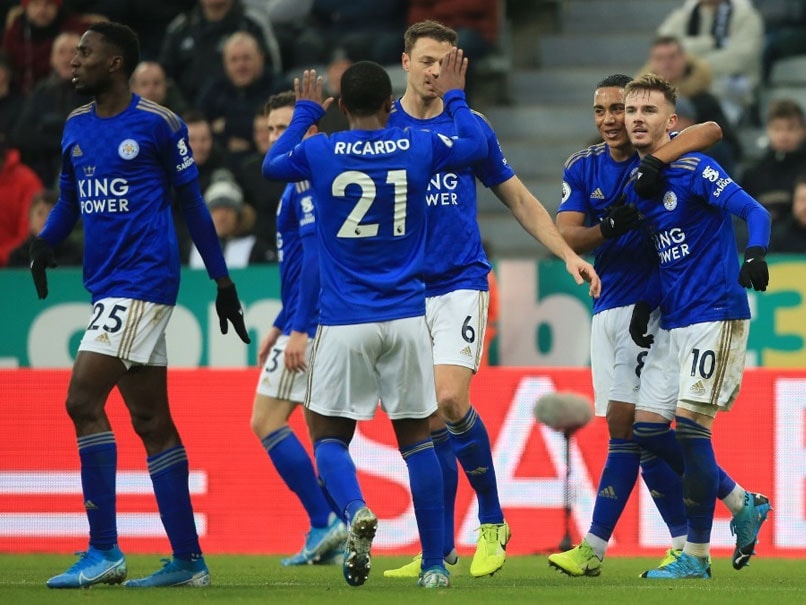 Leicester kept alive their faint hopes of catching Premier League leaders Liverpool as Ayoze Perez returned to haunt Newcastle in Wednesday's 3-0 win at St James' Park. Spanish forward Perez put Leicester ahead nine minutes before the break with his fifth goal since swapping Newcastle for the King Power Stadium in the close-season. James Maddison doubled Leicester's lead shortly afterwards and Hamza Choudhury bagged the late third as Brendan Rodgers' side made a flying start to 2020.

Leicester's seventh away league win this season maintained their mastery of Newcastle, who lost 5-0 to the Foxes earlier this season after also losing their League Cup second round clash.

Second-placed Leicester are now 10 points behind Liverpool, who face Sheffield United at Anfield on Thursday.

Newcastle suffered a third successive league defeat for the first time since October 2018 and boss Steve Bruce and his players were loudly booed by the frustrated locals.

Jamie Vardy was absent again after Leicester's 17-goal leading scorer missed the win at West Ham following the birth of his baby daughter.

Leicester's reinforced line-up were quickly on the front foot and Jonny Evans forced a good save from Martin Dubravka with a towering header in the opening moments.

Dubravka had to get down well again to parry a low drive from Tielemens.

Despite Leicester's early pressure, Newcastle should have taken the lead when Joelinton ran onto Jonjo Shelvey's defence-splitting pass.

Joelinton's initial shot was saved by Kasper Schmeichel and from the rebound the out-of-form striker somehow managed to head completely off target with the goal at his mercy.

But Leicester were dominating so confidently that they held 77 percent of the possession before taking the lead in the 36th minute.

Jeered by his old club's fans whenever he touched the ball, Perez had the perfect response.

It was a gift of a goal as Newcastle's Florian Lejeune played a suicidal pass across his own area and Perez pounced, cutting back inside for a cool low finish that he celebrated by sticking his fingers in his ears.

The opprobrium of the home fans was turned on their own players three minutes later as Rodgers' men doubled their advantage.

Once again, the hapless Lejeune was guilty of surrendering possession far too easily and this time Maddison was the beneficiary as he seized control 20 yards out and rifled a superb strike into the top corner of Dubravka's net.

Kelechi Iheanacho almost made it three from Perez's cross, but Dubravka just clawed his shot out before it crossed the line.

Adding to Bruce's miserable start to the new year, Newcastle lost Jetro Willems and Javier Manquillo to injuries before the interval.

Having gambled by making his third and final change at half-time, Bruce watched aghast as Fabian Schar was injured just seconds after the restart, leaving Newcastle down to 10 men for the rest of the match.

With a numerical advantage to go with their two-goal lead, Leicester effectively used the second half as a practice session.

Dubravka kept the score down with saves from Perez and Iheanacho, but Choudhury capped an imperious Leicester display in the 87th minute.

Picked out on the edge of the area, Choudhury curled a brilliant strike into the top corner for his first professional goal.

Newcastle United English Premier League Football
Get the latest updates on Olympics 2020, Olympics 2020 Medal Tally, Live Cricket Score . Like us on Facebook or follow us on Twitter for more sports updates. You can also download the NDTV Cricket app for Android or iOS.