Paul Pogba will be out of action for a "few weeks" after suffering a thigh injury during Manchester United's 3-3 draw with Everton, Ole Gunnar Solskjaer said on Monday. 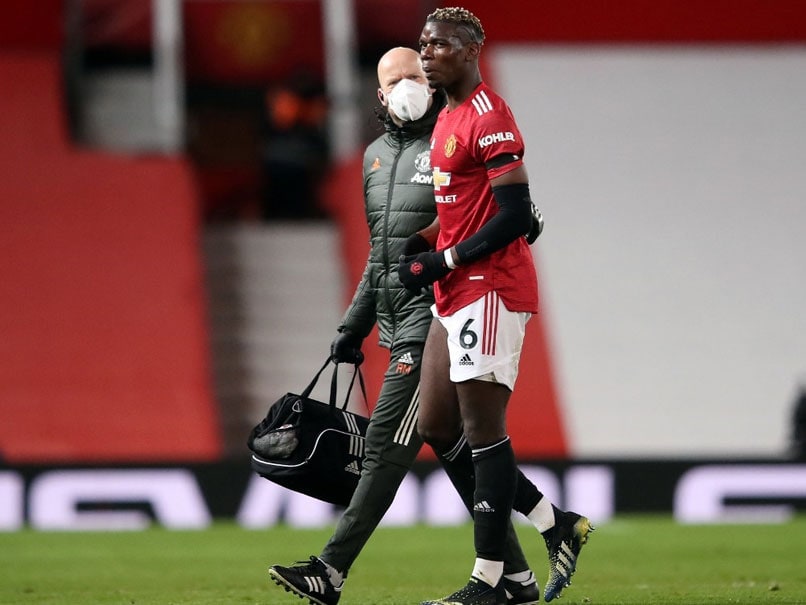 Paul Pogba was forced off towards the end of the first half of Manchester United's match on Saturday.© AFP

Paul Pogbawill be out of action for a "few weeks" after suffering a thigh injury during Manchester United's 3-3 draw with Everton, Ole Gunnar Solskjaer said on Monday. The 27-year-old midfielder was forced off towards the end of the first half of Saturday's match, just days after being named the club's player of the month for January. Pogba's absence will be a blow to United as they battle to stay in touch with Premier League leaders Manchester City and with FA Cup and Europa League matches to come. The French World Cup winner was enjoying a resurgence in form but Solskjaer said he did not want to take risks with him.

"It's an injury that will take a few weeks to heal," he told MUTV.

"He's just started his recovery, working with the medical staff and we'll get him back as soon and as safely as we can.

"Of course, Paul has been very important for us and we're not going to take any risks. (So it is) a few weeks definitely."

Reserve goalkeeper Dean Henderson is likely to play at Old Trafford, giving him another chance to stake his claim to become number one after costly blunders by David de Gea against Everton.

The Norwegian admitted Henderson, back at the club after a successful loan spell at Sheffield United, was "not the most patient guy".

He has been restricted to just 10 appearances this season, including the previous rounds of the FA Cup against Watford and Liverpool.

"I've been impressed with his attitude and work rate," Solskjaer said. "Of course he's, how to say, he's not the most patient guy.

"He wants to play every game because he knows that he'll perform well, so long may it continue because he's improved since he's come here."

Paul Pogba Ole Gunnar Solskjaer English Premier League Football
Get the latest updates on T20 World Cup, check out the T20 World Cup Schedule and Live Score . Like us on Facebook or follow us on Twitter for more sports updates. You can also download the NDTV Cricket app for Android or iOS.