Leicester City Not Getting Carried Away: Goalkeeper Kasper Schmeichel

Leicester City are currently leading the Premier League standings with 69 points from 32 games. 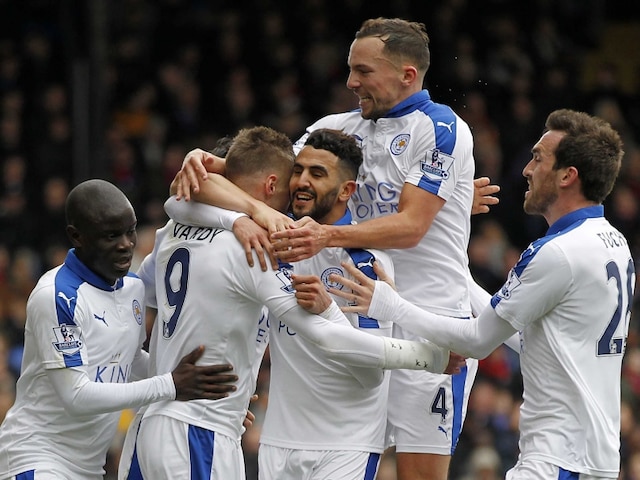 A year ago, the east Midlands club were bottom of the table and six points adrift of safety, but Sunday's 1-0 win over Southampton left them seven points clear of second-place Tottenham Hotspur at the summit.

Schmeichel, son of former Manchester United great Peter, was part of the team that secured promotion from the Championship in 2014 and he believes that that success will stand him and his teammates in good stead.

"Granted it was in another league, but a lot of us have done this before. A lot of those players are still here from that period and we know what it's like. Like I say, it's a different level this time, but it's the same type of thing. You've got to take it one game at a time," he said, in comments published in British newspapers on Wednesday.

"If we start looking ahead after Sunderland (on Sunday) then we're not going to put our full focus on Sunderland, which is what we need to do because that's a tough, tough game. It's about the whole mentality of taking each game as it comes. We are under no pressure at all and it's great. The pressure was last season when your back is against the wall and you're fighting for your lives.

"A relegation means everything to a club, to a city, to a whole community, as people could lose their jobs. That would have been catastrophic. That was real pressure. This is just great. We're enjoying this."

Comments
Topics mentioned in this article
Leicester City Tottenham Hotspur Manchester United English Premier League Kasper Schmeichel Football
Get the latest updates on IPL 2020, check out the IPL Schedule for 2020 and Indian Premier League (IPL) Cricket live score . Like us on Facebook or follow us on Twitter for more sports updates. You can also download the NDTV Cricket app for Android or iOS.