Jack Wilshere Happy at Arsenal, Keen to Stay With the Gunners

Jack Wilshere had another summer plagued with injuries but has been linked with a move to other clubs. However, he is keen to stay with the Gunners after their back-to-back FA Cup victories. 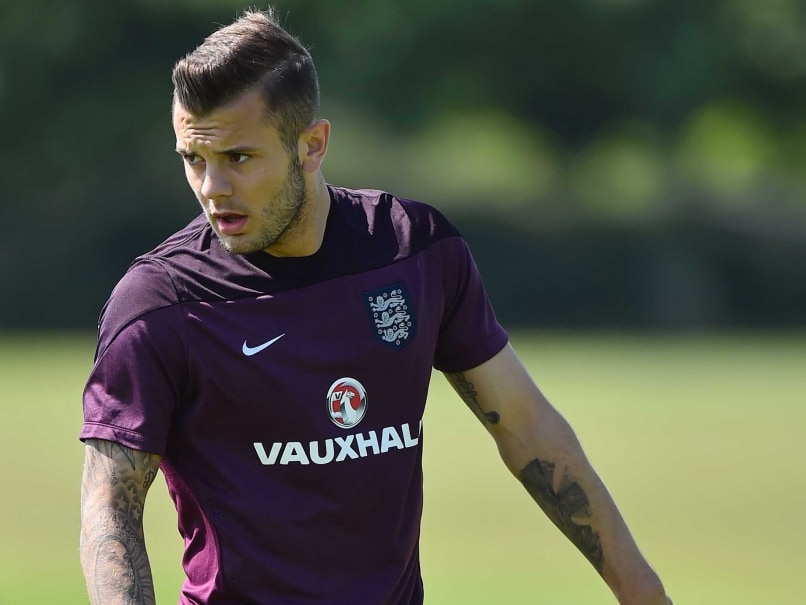 Midfielder Jack Wilshere says his priority is to be "wanted" by his English football club Arsenal rather than any other team.

The 23-year-old had another summer plagued with injury but has been linked with a move to other clubs. However, he is keen to stay with the Gunners after their back-to-back FA Cup victories in 2014 and 2015.

"I definitely wouldn't go somewhere just because I'm a home-grown player. I'd want to be wanted by a club. I want to be wanted by Arsenal. I've grown up at Arsenal and as long as Arsenal want me, then I'm happy," Wilshere was quoted as saying by goal.com. (Unhappy Cabaye Wants Premier League Return)

"There have probably been more lows then highs, although winning the FA Cup makes you realise, after all that hard work in the gym, that it was all worth it."

He said it was frustrating for him to sit out much of the previous season but added he hopes to be fully fit for the next Premier League. (Manchester United Sign Memphis Depay)

"It has been a frustrating season for me, getting injured in November and not coming back until April. It is frustrating when you see all the players going out to training and playing in the games but I am back now and hopefully I can have a fully fit season next year," he said.

Wilshere also said he would not change his style of play which many experts believe puts pressure on his legs.

"When I was injured, a few people said I should change my game, I should get it and pass it. It did go through my head. I thought 'maybe they are right and I should' but as soon as I came back and I got on the ball, I just wanted to run with it," he said.

"Look at the best dribblers in the world - Lionel Messi and Andres Iniesta - and the ball seems to stick to their foot so I can work on that when I am dribbling but I'm never going to change my game."

Comments
Topics mentioned in this article
Arsenal Jack Wilshere English Premier League Football
Get the latest updates on Olympics 2020, Olympics 2020 Medal Tally, Live Cricket Score . Like us on Facebook or follow us on Twitter for more sports updates. You can also download the NDTV Cricket app for Android or iOS.