England duo Frank Lampard and Ryan Bertrand have been ruled out of their country's 2014 World Cup qualifier at home to San Marino on Friday. 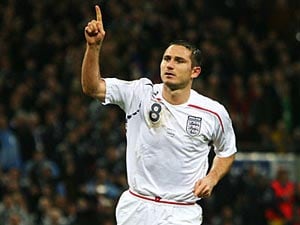 England duo Frank Lampard and Ryan Bertrand have been ruled out of their country's 2014 World Cup qualifier at home to San Marino on Friday.

Lampard, 34, injured his knee while playing in Chelsea's 4-1 win at home to Norwich City in the Premier League on Saturday and had to come off during the second half.

Bertrand, a team-mate of Lampard's at Chelsea, has been unable to train this week due to a throat infection and the left-back was ruled out after the illness failed to clear up.

Both players will return to Chelsea for treatment over the next couple of days before reporting back to the England camp on Sunday for assessment before Tuesday's trip to Poland.

"Frank Lampard has returned to his club for further treatment and will not be available for England's FIFA World Cup qualifier with San Marino," an FA statement read on Thursday.

"The Chelsea midfielder will return to the England squad on Sunday for assessment ahead of the away qualifier with Poland on Tuesday.

"Ryan Bertrand has also returned to Stamford Bridge with illness. The defender will also return on Sunday to be assessed ahead of the Poland game."

Lampard's absence leaves England manager Roy Hodgson with a decision to make over the captaincy.

Regular captain Steven Gerrard is suspended for the San Marino match and Lampard would have been next in line as vice-captain. 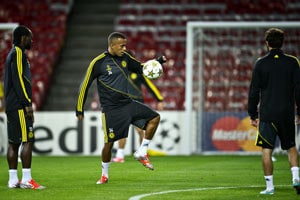 Hodgson is likely to give the armband to either Manchester United striker Wayne Rooney or Manchester City goalkeeper Joe Hart.

Rooney is the slight favourite to get the honour -- a day after it was revealed his wife Coleen is expecting the couple's second child -- as he has done the job once before, against Brazil in Doha in 2009.

While this would be the volatile star's first time as captain in a competitive fixture, Hart insists Rooney should be regarded as favourite for the role.

"I've no idea who is going to be captain but I am pretty sure it will fall to Rooney," Hart said.

"He is our star man with 10 million caps at the age of whatever he is, 26? I imagine he is a little bit further up the queue than me."

England are currently second behind Montenegro in qualifying Group H, after a 5-0 win away to Moldova and a 1-1 draw at home to Ukraine.

Comments
Topics mentioned in this article
Football Ryan Bertrand Arsenal Liverpool Chelsea Blackburn Rovers English Premier League Manchester United Frank Lampard England
Get the latest updates on ICC T20 Worldcup 2022 and CWG 2022 check out the Schedule, Live Score and Medals Tally. Like us on Facebook or follow us on Twitter for more sports updates. You can also download the NDTV Cricket app for Android or iOS.