Chelsea dominated the previous Premier League season but big transfers have given big teams hope of laying claim to the title this year. 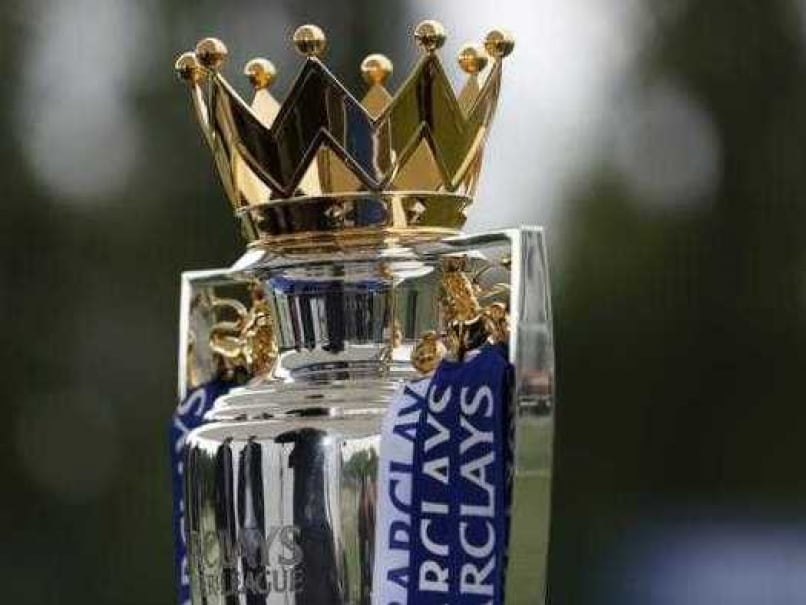 Which team will claim the EPL title at the end of the 2015/16 season? (Image courtesy: @premierleague)© Twitter
London:

The Premier League gets underway on Saturday with champions Chelsea looking to retain the title. On the eve of the much-anticipated new season, AFP Sport looks at five key questions:

Will Mourinho pay for Falcao gamble?

Boasting a supremely talented squad and the unrivalled motivational skills of manager Jose Mourinho, there is little doubt champions Chelsea deservedly start their title defence as the bookmakers' favourites to retain the crown.

Spain striker Diego Costa, a potent presence with his aggressive style and lethal finishing, bagged 20 goals in 26 league appearances in his first season with the Blues, but spent most of the year nursing a hamstring problem that sidelined him on several occasions and has already returned during pre-season.

With that in mind, Mourinho's decision to bring in Radamel Falcao, signed on loan from Monaco, as his main back-up for Costa is a major gamble that could shatter Chelsea's title dreams if the Colombian continues to resemble the fading force that scored only four goals in a dismal spell at Manchester United last season.

With their confidence sky-high after last season's strong finish in the Premier League and the FA Cup final demolition of Aston Villa, resurgent Arsenal are the pick of many pundits looking for the most likely team to take the title from Chelsea.

The addition of Czech goalkeeper Petr Cech, lured from Chelsea for £10 million, fills the one major hole in Arsene Wenger's squad and should add a much-needed sense of authority to a sometimes nerve-ridden defence.

And if Chile forward Alexis Sanchez can emulate last season's sublime form while Aaron Ramsey, Mesut Ozil and Santi Cazorla start this term as strongly as they finished the last, then the only obstacle to a first title since 2004 will be getting enough goals from erratic trio Olivier Giroud, Danny Welbeck and Theo Walcott.

Is Pellegrini wise to invest in Sterling?

Beset by speculation over his future during last season's underwhelming run-in, Manchester City manager Manuel Pellegrini appears to have staked his job security on the precocious but so far unfulfilled talent of England winger Raheem Sterling.

After Liverpool rejected several City bids for the 20-year-old, Pellegrini finally got his man with a £44 million fee that made Sterling the most expensive ever English player, but that investment remains something of a gamble for the under-fire Chilean.

For all the hype surrounding Sterling, who was labelled the best young player in Europe by his Liverpool boss Brendan Rodgers, he rarely matched that billing last season and Pellegrini, in the hot seat after City's failure to retain the Premier League title and tame Champions League last 16 exit, must find a way to harness his undoubted skill to a team that relied too much on the goals of injury-prone striker Sergio Aguero last season.

Are Red Army back on the march?

After the nightmare reign of David Moyes turned Manchester United into a seemingly permanent punchline, Louis van Gaal restored the fallen giants to relevance last season by guiding them into fourth place and a Champions League berth, but the Dutchman is aiming even higher in year two of his Old Trafford make-over.

Setting his sights on overhauling Chelsea, van Gaal dumped Angel Di Maria and Robin van Persie in the close-season after they failed to adapt to his demands and filled the void left by those big-names departures with a spending spree of nearly £80 million on Memphis Depay, Bastian Schweinsteiger, Morgan Schneiderlin and Matteo Darmian.

But despite those additions, concerns remain about United's vulnerability at centre-half, the focus on goalkeeper David de Gea, who continues to pine for a move to Real Madrid, and a potential lack of attacking back-up for Wayne Rooney.

Can Liverpool return to top four?

For the second successive close-season, Liverpool manager Brendan Rodgers has seen his most important forward lured away from Anfield by the promise of Champions League action and a huge pay rise -- but this time the results have to be different or else he will surely face the sack.

Just 12 months ago, Rodgers' hopes that he could cover Luis Suarez's departure for Barcelona with a host of new signings were quickly shattered by his new arrivals' tepid efforts and Liverpool eventually limped into a sixth place finish.

Yet he has responded in a similar manner to Raheem Sterling's £44 million switch to Manchester City -- bringing in the likes of Christian Benteke, Roberto Firmino and Danny Ings to pep up his forward line rather than opting for one blockbuster signing that might lift the spirits of a squad and fanbase in need of some reasons for optimism after they ended eight points outside the top four in May.