Everton vs Chelsea: Frank Lampard claimed his side have to still be considered young pretenders after they failed to muster a response to Gylfi Sigurdsson's 22nd minute penalty. 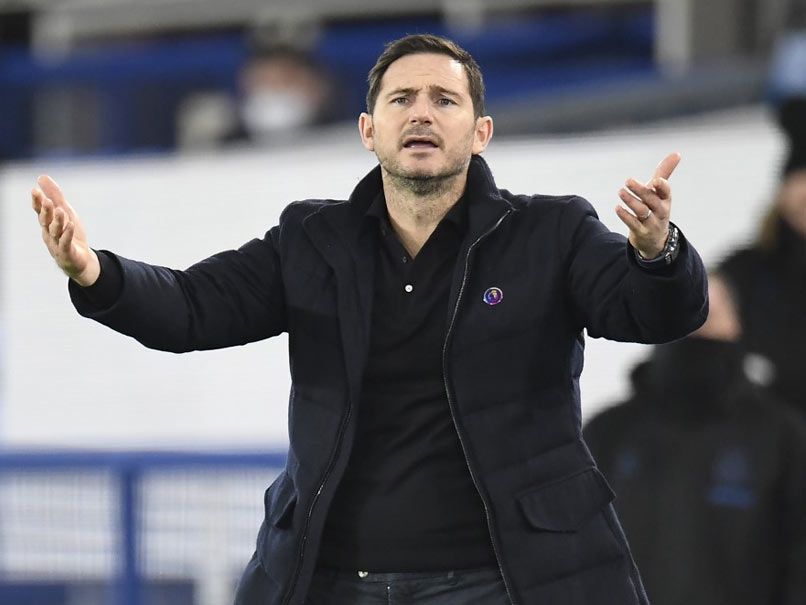 Frank Lampard rubbished his side's chances of winning the Premier League this season after missing out on the chance to move back top of the table with a 1-0 defeat at Everton in front of 2,000 fans at Goodison Park on Saturday. A run of 17 games without defeat after splashing 220 million pounds ($291 million) in the transfer market had seen Chelsea talked up as serious title contenders to the likes of Liverpool, Tottenham and Manchester City. However, Lampard claimed his side have to still be considered young pretenders after they failed to muster a response to Gylfi Sigurdsson's 22nd minute penalty.

"Some people who are saying 'we're going to win the league, we've got the best squad in the league', it's ridiculous stuff," said Lampard.

"When you talk about the best squads, you have to look at the teams that have won it in the last two, three or four years. Their squads are full of strikers and wingers that score 30 or 40 goals a season, midfield players that have won multiple league titles all over the place.

"We have some but we have young players and as a squad we're not there. It's very quickly gone from we were nowhere near good enough after the games against West Brom and Southampton to we're title favourites.

"We'll have to work through nights like tonight. It was a big test for us, we didn't pass that test but we will in the future."

Everton fed off the atmosphere created by supporters inside Goodison for the first time since March to arrest a slide of just one win in their previous seven games.

"There were only 2,000, but we are really happy for them. They have seen a good match from Everton, we played well with a fantastic spirit," said Everton boss Carlo Ancelotti.

"The impact was really strong. It is really important to have the suppporters, it is a totally different environment here completely."

Victory lifts Everton up to seventh and within just one point of the top four.

The need for the Toffees own big spending to finally pay off with European football was laid bare when the club announced losses of nearly 140 million pounds for the 2019/20 season on Friday.

However, it is Dominic Calvert-Lewin, signed for just 1.5 million pounds from Sheffield United four years ago, who is keeping Everton's European ambitions afloat.

The Premier League's top scorer failed to add to his 14 goals this season, but was too quick for both Thiago Silva and Mendy to a loose ball and was wiped out by the Senegalese 'keeper for the game's decisive moment.

Richarlison had to be convinced to allow Sigurdsson to take the penalty and the Icelandic international made no mistake.

"It was unusual because Gylfi is the shooter," added Ancelotti. "I have to decide (who takes the penalties), not them."

Chelsea were nearly level almost immediately as Reece James's shot from outside of the box was turned onto the inside of the post by Jordan Pickford.

However, the visitors struggled to create without the injured Hakim Ziyech and Christian Pulisic.

Everton held out relatively comfortably in the second-half for a first clean sheet in 13 games apart from Mason Mount's free-kick that came back off the post after wrong-footing Pickford 10 minutes from time.

Everton English Premier League Frank Lampard Football
Get the latest updates on Fifa Worldcup 2022 and check out  Fifa World Cup Schedule, Stats and Live Cricket Score. Like us on Facebook or follow us on Twitter for more sports updates. You can also download the NDTV Cricket app for Android or iOS.