France fullback Gael Clichy said on Saturday his transfer to Manchester City from Arsenal last year had transformed him. 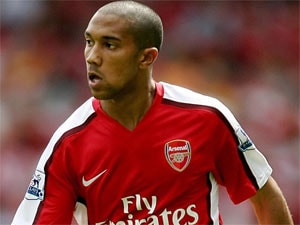 France fullback Gael Clichy said on Saturday his transfer to Manchester City from Arsenal last year had transformed him.

The 26-year-old - who was a surprise selection by France coach Laurent Blanc at the expense of former captain Patrice Evra for Friday's 2-0 Group D win over Euro 2012 co-hosts Ukraine - added City's Premier League title win had made him a better player.

"It's funny, but I am a vastly different player this year since I moved to City," said Clichy, who only learnt he was starting against Ukraine five minutes before they left for the stadium.

"In my head, it is a turning point in my career.

"I wanted to see where it could take me. I do not regret it for a moment, as I have gained in self-confidence.

"It has been 10 years that I have played in the Premier League, which is not bad.

"I am champion of England and that is important in the life of a player, one fells stronger."

Clichy, who joined Arsenal in 2003 from Cannes - the club which also boasts France greats Zinedine Zidane and Patrick Vieira among their former players - said he hoped that he had dealt Blanc a selection headache with his performance.

"In the end I was relieved as the Ukrainians didn't attack much down my flank," said Clichy, who has failed to cement his place in the first choice line-up since making his debut in 2008.

"It is always gratifying to be selected for a match. I hope I am making the coach's selectorial task a more complicated one."

Clichy, who while at Arsenal was part of the memorable squad known as 'The Invincibles' that won the Premier League title without losing a match in 2004, said he did not know if he had done enough to get the nod for final group game against Sweden.

"You have to ask the coach. All the better if several players can play in this position.

"If each of us plays in that role and we reach the final, we will all be happy I think.

"The coach has maybe his starting XI in his head but he knows that the others can make a difference."

Clichy said that the French would still be taking their last group opponents Sweden seriously despite them being out of contention for a place in the quarter-finals after successive defeats.

France need at least a draw to guarantee their place in the last eight as they are top of the group with England on four points while Ukraine are on three.