Wayne Rooney emerges as the hero and scores two goals. Radamel Falcao also found his name on the scoring list. 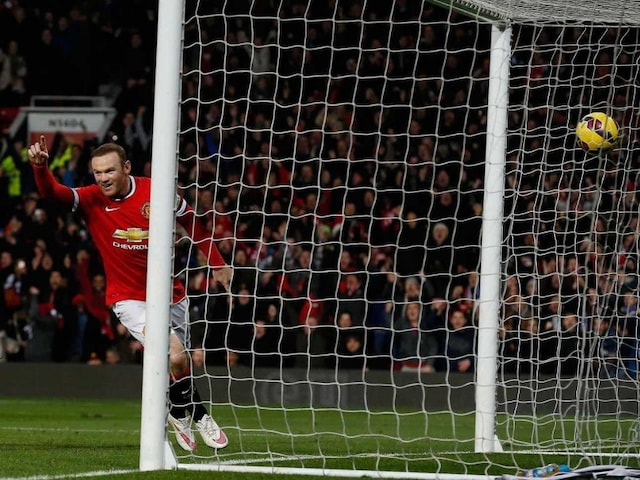 Wayne Rooney celebrates after scoring one of his two goals against Newcastle United.© AFP
Manchester:

Wayne Rooney scored twice in the first half as resurgent Manchester United easily beat Newcastle 3-1 on Friday to strengthen its grip on third place in the Premier League.

Rooney was set up well by his teammates for both goals as Radamel Falcao met a long cross into the area in the 23rd minute, sliding to reach the ball at the far post and square a perfect pass for Rooney to tap into an empty net. (Also read: Chelsea beat West Ham)

Falcao then helped United win possession just outside the Newcastle area in the 36th, and Juan Mata laid the ball off for a wide-open Rooney to slot a low shot inside the post.

Robin van Persie added the third in the 53rd minute for a convincing victory at Old Trafford, despite Papiss Cisse pulling one back with a late penalty for Newcastle.

Comments
Topics mentioned in this article
Wayne Rooney Manchester United Newcastle United English Premier League Football Robin Van Persie
Get the latest Cricket news, check out the India cricket schedule, Cricket live score . Like us on Facebook or follow us on Twitter for more sports updates. You can also download the NDTV Cricket app for Android or iOS.