English Premier League: The Ten Players Expected to Set the Stage on Fire

The 2014-15 season of the English Premier League starts on August 16. Manchester United face Swansea City in the opener.

It's a new season for the English football clubs and the faithful fans will be holding their breath as their favourite teams go head to head in a bid for the title. There is no dearth of expectation as some new faces and old warhorses are expected to entertain the crowd from Saturday. Here is a look at 10 players who could light up the league with their talent and skill: 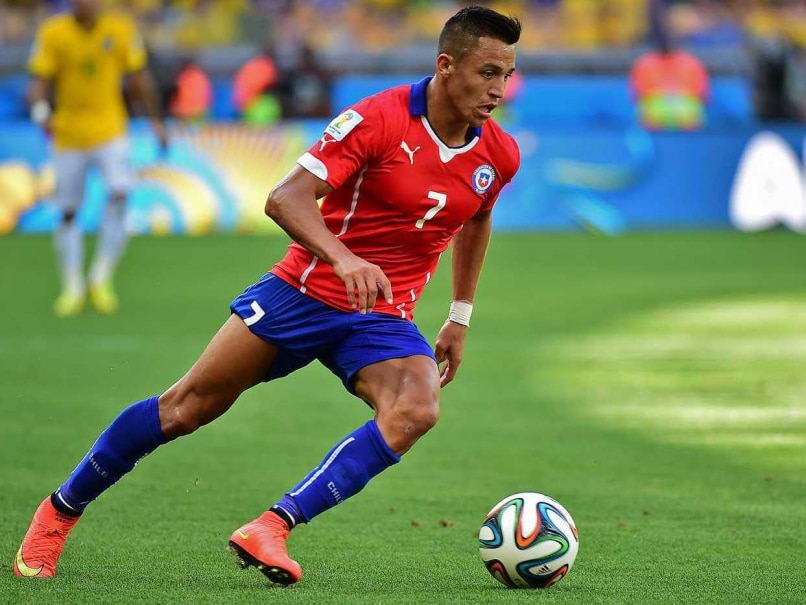 1. Alexis Sanchez (Arsenal): The Chilean adds an extra bit of pace to Arsenal's attack. Signed from Barcelona in July this year, Sanchez proved his worth with an exceptional display of his game in the Community Shield match win over Manchester City. His form has been good since the FIFA World Cup and one can expect him to fire in one of the most toughest leagues in the world. Sanchez scored in Chile's 3-1 win against Australia and in the 1-1 draw vs Brazil, but failed to convert a penalty as Brazil won the shootout in the Round of 16. Blessed with good footwork, this 25-year-old has been known to tear up opposition defences and create chances out of nowhere. If his performances with Barcelona and Chile are anything to go by, rival teams might as well sit up and take notice. (Also Read: Arsenal Have the X-Factor, Says Arteta)

2. Diego Costa (Chelsea): The Spanish striker has already made headlines in the pre-season games. If it is a sign of things to come, Costa could be a major attraction for the fans once the season starts. While he is originally from Brazil, he represented Spain in the recently concluded FIFA World Cup. He was picked up by Chelsea this season. Costa scored on his Chelsea debut on 27 July, running onto a through ball from Cesc Fabregas in a 2-1 friendly win against Slovene club Olimpija. He scored again in a 2-0 friendly win against Fenerbahce, on August 8, described by the Daily Mail as a "wondergoal". He ended his pre-season with two goals in his first match at Stamford Bridge, a 2-0 friendly win against Real Sociedad, on August 12. So he is clearly on the way to becoming a potent weapon for Chelsea in the 2014-15 season. (Mourinho Hails 'Bargain Buy' Costa)

3. Cesc Fabregas (Chelsea): There is no doubt about the skill of this Spaniard. Having played in Arsenal and Barcelona, he has carved out a reputation to being hungry for goals. A scoring machine is what most EPL fans remember him as, and as he returns for another stint in England, that is exactly what he is hoping to do. With already a good show in the pre-season, Fabregas has had his appetizer and is gearing up for the main course. Football fans are braced for impact as the countdown. (Fabregas Can Fill Lampard's Boots, Says Mourinho)

4. Juan Mata (Manchester United): For Mata, it is a fresh start as he was transferred to Manchester United from Chelsea in January this year. He scored for the first time against Aston Villa on March 29 and showed a lot of promise. A skillful attacking midfielder, Mata is known for his passing and his ability to score goals. At 5'7", he has a medium build that further facilitates agile mobility. Mata possesses great vision that allows him to provide assists to accompanying forwards. It might just give United the variety they need to bounce back in a league that they have dominated for the most part of the last two decades. (EPL Returns With Stronger Man United) 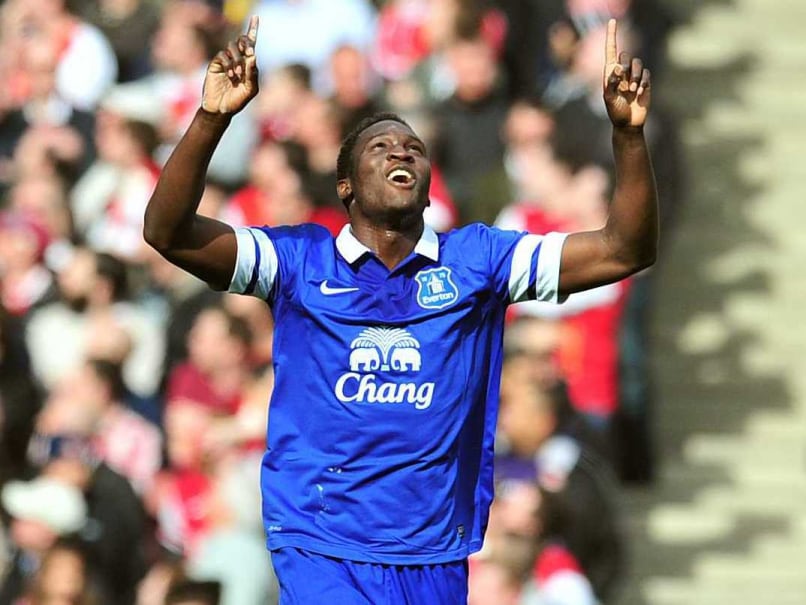 Romelu Lukaku was Everton's top-scorer in 2013/14 season while on loan from Chelsea F.C.

5. Romelu Lukaku (Everton): This is the chance for Lukaku to prove to Chelsea and Jose Mourinho that they were wrong in letting him go. He had a prolific last two seasons with a bunch of goals. This could be the Belgian's chance to show one and all that his past performances were not a mere flash in the pan.(Everton Dreaming Big After Lukaku Signing)

6. Raheem Sterling (Liverpool): He was phenomenal in Liverpool's midfield last season. While he's only in his early 20s, there is no doubt about the level of his game. His value to the team only goes up as Luis Suarez has moved to Barcelona and the support he gives to the main striker is crucial in creating pressure in the opposition's defence. On 18 April, he was named as one of the six players on the shortlist for the PFA Young Player of the Year award.

7. Robin van Persie (Manchester United): This Dutchman is no stranger to the English Premier League. Since signing up with Arsenal in 2004 and joining Manchester United in 2012, Van Persie has provided flashes of brilliance to mesmerise his fans. His form has been no less for the national team, the goal against Spain in the FIFA World Cup being one that remains etched in the memories of many. A superb striker, and a perfect foil to Wayne Rooney, Van Persie is good at scoring goals when the Red Devils need it the most. He is also a set piece specialist and a vast number of his assists come from both corners and free-kicks. Clearly one of the top draws to watch out for as the new season gets under way.

8. Luke Shaw (Manchester United): A good season with Southampton saw Luke Shaw dislodge Ashley Cole from the England squad to become the fourth most expensive defender in history when United paid an initial fee of 27 million Pounds. New manager Louis van Gaal's decision to introduce a 3-4-1-2 formation should suit the buccaneering 19-year-old, who will have sole responsibility for providing width on the left flank. One can only look forward to him of living up to the challenge. 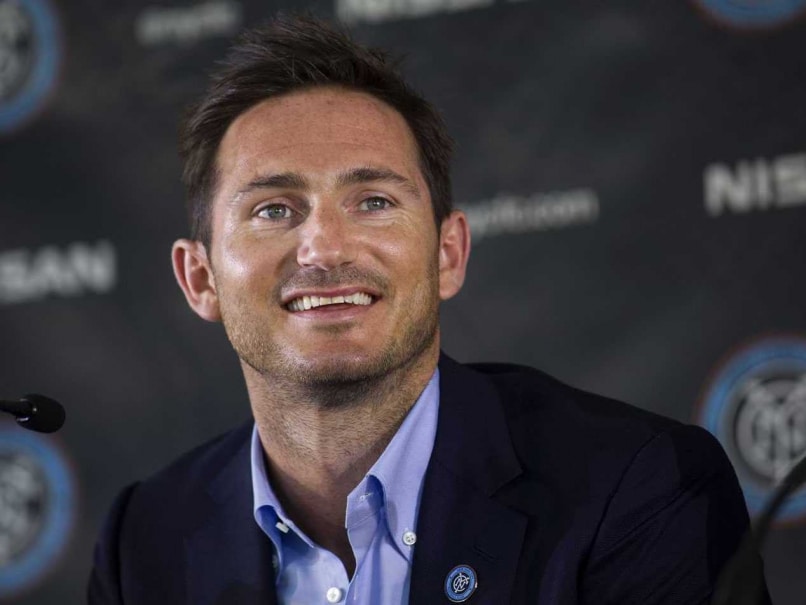 After 13 years at Chelsea FC, England midfielder Frank Lampard joined MLS side New York FC. He will play for Manchester City till March 2015 on loan from the US club.

9. Frank Lampard (Manchester City): Loaned to City from New York FC, Frank Lampard is out to prove that age is just a number. At 36, he is no youngster and yet still possesses the class which saw him become on of the most consistent players in the Premier League in the last decade. Lampard's career with England may be over, but he is set to carve something out back on the turf where he is comfortable. Perhaps, it will be a bonus of experience for Manchester City as they look to defend their title. His 147 goals from 429 appearances with Chelsea is a testament to the danger he poses for the other clubs. He may be past his prime, but that makes him no less a handful with the ball at his feet. (Lampard Excited By Man City Loan Move)

10. Christian Benteke (Aston Villa): The Belgian missed the FIFA World Cup due to injury, and this is his chance to make up for it when the EPL season starts. Aston Villa are known to spring surprises and Benteke could be their point man. He scored 23 goals in the 2012-13 season and if his potential is a basis for the outcome, he can play football at a level rarely reached. Benteke forms the nucleus of a promising team that on any given day can take on the best in the business. So it may not come as much of a surprise if Villa turn out to be the cat among the pegions and Benteke is the leader of the pack.