Bournemouth's rebuild in the Championship will take place without Eddie Howe, who told supporters it was the right time to leave. 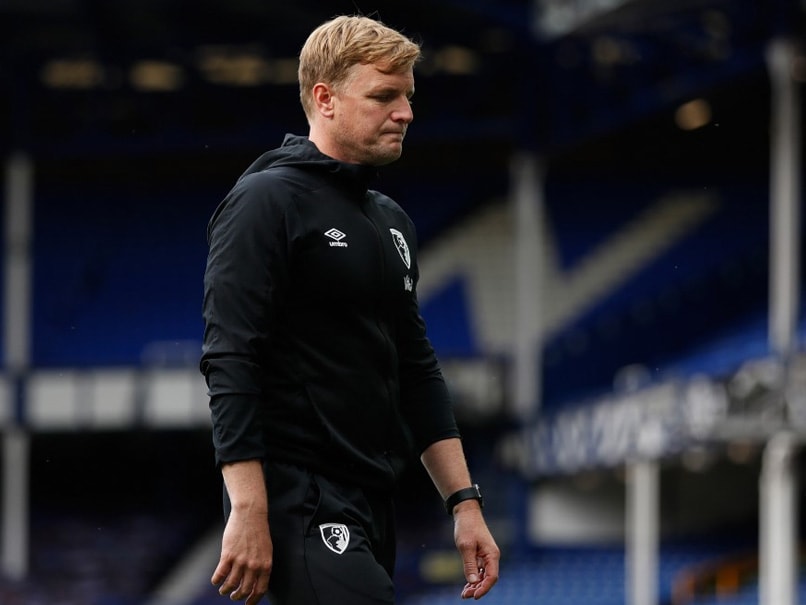 Bournemouth manager Eddie Howe left the relegated Premier League club on Saturday after mutually agreeing to part ways. Howe's future had been up in air since Bournemouth's five-year stay in the top-flight came to an end last Sunday. Howe admitted after Bournemouth's last game of the season at Everton that a quick decision was needed over his role before the 2020-21 campaign gets underway on September 12. Bournemouth's rebuild in the Championship will take place without Howe, who told supporters it was the right time to leave.

"Having spent a total of 25 years with the club as both a player and a manager this decision -- made together with the club -- is one of the hardest I've ever had to make," Howe said in an open letter published by Bournemouth.

"However, although the affection and love I have for this football club will always remain, we collectively feel that now is the right time for the club to go in a new direction.

"Bournemouth will always be in my heart, but I firmly believe that now is the right time for the club to have a change.

"I have always ensured that every decision I have ever made as manager has been in the best interests of the club and its supporters, and this is no different."

Howe, who also played for the club for 11 years in two spells, was initially appointed Bournemouth caretaker manager in December 2008, with the club sitting on -17 points at the bottom of the Football League.

Against all the odds he secured their safety and followed it with promotion from League Two the following season.

After a brief spell in charge of Burnley in 2011, Howe returned to Bournemouth a year later and won two promotions in three seasons, leading the Cherries to the Premier League in 2015.

Bournemouth chief executive Neill Blake paid tribute to Howe, saying: "Eddie Howe is synonymous with this football club, both as a player and a manager, and that will never change.

"He is quite simply a Bournemouth legend, having helped transform the identity and history of the club.

"A decision like this cannot be taken lightly, which is why this has been discussed together at length over the past few days.

"It is even harder given our close personal friendship."

Bournemouth English Premier League Football
Get the latest updates on ICC Women's Cricket World Cup 2022 and IPL 2022, check out the Schedule , Live Score and IPL Points Table. Like us on Facebook or follow us on Twitter for more sports updates. You can also download the NDTV Cricket app for Android or iOS.