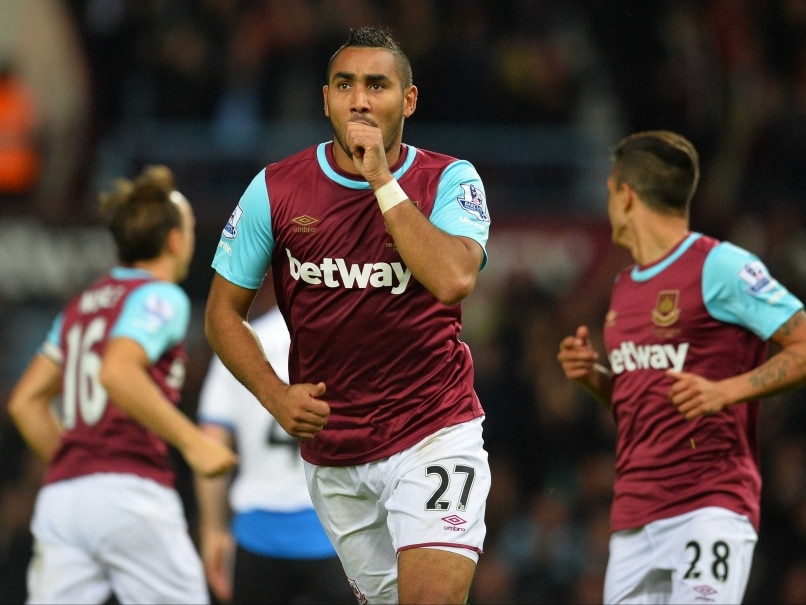 Almost eight years after Bilic's Croatia earned a 3-2 win at Wembley that ended McClaren's hopes of leading England to Euro 2008, the two coaches faced off again at Upton Park with Premier League points the prize.

It was a depressingly similar script for Newcastle manager McClaren as Payet scored once in each half to lift Bilic's Hammers to fifth place and leave Newcastle rooted to the bottom of the table without a league win this season.

The slender consolation for McClaren, who only took charge at Newcastle in the close-season, is it surely must be too soon for him to be sacked, as he was by the English Football Association in the aftermath of his last meeting with Bilic.

Lampooned as the 'wally with the brolly' after sheltering under an umbrella as he stood on the touchline watching England lose on that rainy evening in 2007, McClaren had to suffer a different indignity this time.

Newcastle's manager and players were forced to walk the last mile of the journey to Upton Park after their team bus got stuck in the rush hour traffic.

That trek through the streets of east London appeared to be the worst possible preparation for facing West Ham as Newcastle produced a wretched display that left them without a league goal since the first day of the season.

"This was a wake up call. These games hurt like mad. If we are not right we will get beat," McClaren said.

"I am not blaming the coach journey, you have to deal with that and we didn't deal with it very well."

For Bilic, it was a notable first home victory since he replaced Sam Allardyce as manager and continued a positive start that includes impressive victories at Arsenal and Liverpool.

"We fully deserved three points, we were better from the start," Bilic added.

Mark Noble was able to captain the Hammers after winning an appeal following his red card at Liverpool and the midfielder made the most of his reprieve to set up Payet's ninth minute opener.

Noble squared the ball to Payet and, from the edge of the penalty area, the former Marseille midfielder slotted a superb side-footed curler into the top corner.

Newcastle almost drew level midway through the half when Georginio Wijnaldum bundled past two defenders and fed Daryl Janmaat in the penalty area.

However, with just Darren Randolph to beat, Dutch defender Janmaat lost his bearings and shot straight at the Hammers goalkeeper.

Victor Moses, on loan from Chelsea, should have marked his West Ham debut with a goal before half-time, but the winger shot wide after Payet's pass sent him clean through.

But the hosts didn't have to wait long for the decisive second goal as Payet finished off a devastating counter three minutes after the interval.

Making it all the more galling for Newcastle, it was from their own attack that West Ham struck as a long ball was punted clear and Moses surged away from the under-manned Magpies defence before firing his shot against the crossbar.

The rebound fell kindly for Payet, leaving him with the relatively simple task of burying the rebound and giving McClaren another night to forget.

Comments
Topics mentioned in this article
Dimitri Payet West Ham United Newcastle United English Premier League Football
Get the latest updates on IPL 2020, check out the IPL Schedule for 2020 and Indian Premier League (IPL) Cricket live score . Like us on Facebook or follow us on Twitter for more sports updates. You can also download the NDTV Cricket app for Android or iOS.