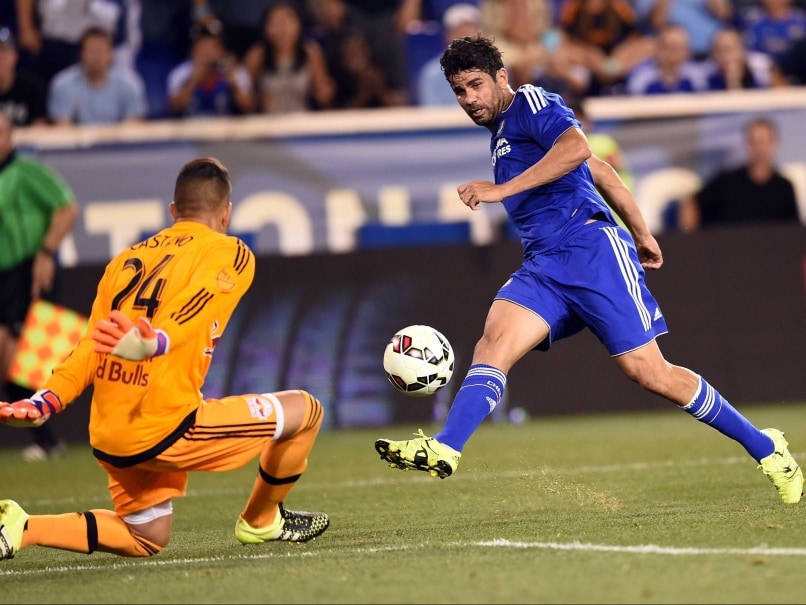 The pair were injured in Tuesday's friendly against Barcelona in Washington DC, when Costa was forced out of the game with a hamstring problem and Cahill suffered a suspected broken nose.

But speaking ahead of the traditional Wembley curtain-raiser between the Premier League champions and the FA Cup holders on Sunday, Mourinho confirmed the two players were available to face Arsene Wenger's side.

"They are both good, everyone is available," he said. (Walcott, Cazorla Extend Arsenal Contracts)

Costa's hamstring problem provided a reminder of the Spain international's injury woes from last season, when the forward suffered a succession of injuries.

But Mourinho believes Costa has resolved last season's problems and with Radamel Falcao and Loic Remy also at his disposal, he feels he has sufficient cover in attack.

Asked if Costa was now injury-free, Mourinho said: "I believe, but I'm not worried about it. I go match after match. Fantastic group of strikers. So no problem."

He added: "I have three top strikers. If one is injured, we have two. I have no concerns, no protections. It's a position where we're very strong."

The outcome of Sunday's meeting will offer nothing more than a pointer with regards to the coming Premier League campaign. Gary Cahill was injured during the pre-season

But the lingering enmity between Mourinho and Wenger -- fuelled by the Arsenal manager's failure to beat his Chelsea counterpart in 13 attempts -- means the game carries added significance.

"It's not a friendly like against Barcelona, Paris Saint-Germain or Arsenal against Wolfsburg," Mourinho said. "It's more than that, but it's less than a Premier League match.

"We lost against Red Bull (the New York Red Bulls) and we were not happy. So it's normal that we always try to play for a result and the Community Shield has a motivation, obviously different than just a friendly or just a summer tournament. I would say it's the start of the competition."

But he added: "I just want my club to get the best possible results.

"In football you can win or lose or draw. In this case you have to be ready for everything and I never made my victories over Arsenal an explosion of happiness or special pride and I'll not make a drama if some day we lose."

However, the Portuguese believes that Wenger's side will pose a greater threat in the title race this season after finishing 12 points below the champions last time round.

"So in this second period in England, immediately when I arrived two years ago, I look at them as a very good squad with very good players. So I think it is more of the same. They are a top squad."

Comments
Topics mentioned in this article
Chelsea Arsenal Diego Costa Gary Cahill English Premier League Football
Get the latest updates on ICC T20 Worldcup 2022 and CWG 2022 check out the Schedule, Live Score and Medals Tally. Like us on Facebook or follow us on Twitter for more sports updates. You can also download the NDTV Cricket app for Android or iOS.