Cristiano Ronaldo enjoyed a six-year stint with Manchester United from 2003 to 2009 and had scored 118 goals from 292 appearances. Ronaldo still fondly remembers his days at Old Trafford and many United fans believe he will be back for a second stint. 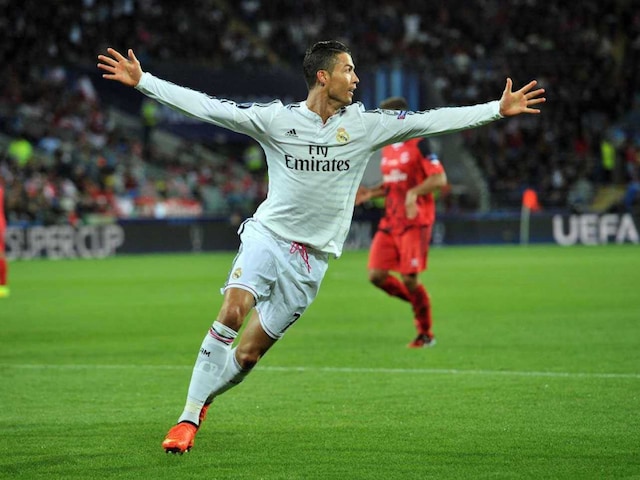 The 30-year-old forward enjoyed a six-year stint with United from 2003 to 2009 and had scored 118 goals from 292 appearances. Ronaldo still fondly remembers his days at Old Trafford and many United fans believe he will be back for a second stint.

"I think it's difficult for that to happen, in truth. The respect and admiration that the people have for Cristiano (in Manchester) is incredible. You see it at the training ground, at the stadium, with so many photos of when he won all those titles there and did so well on a personal level as well," Mata was quoted as saying by goal.com on Monday.

"But it's complicated with him at a club like Real Madrid and happy there, which I think he is. He is a player who makes the difference in any league, obviously. But as it's very complicated at the moment, I prefer to focus on the players who are here, on playing well and achieving the club's objectives."

Before donning the United jersey, Mata was plying his trade with Chelsea where under the coaching of Rafael Benitez they won the Europa league in 2012-2013. The Spanish international believes Benitez will be a huge success at Real.

"I had a fantastic experience with Rafa. It was complicated because of the team's situation. But we won the Europa League and he did a very successful job," he said.

"On a personal level, in terms of numbers, statistics, games, assists and goals, it was my best season. Those are my memories of Rafa, his football and his manner of understanding the game with me were fantastic," the 27-year-old said of the former Liverpool, Inter Milan and Napoli coach.

"Things will go very well for him. When Real Madrid lose there is always great repercussions and people start to look for problems, but on a personal level my experience was fantastic and I think he can repeat that success again in Spain."

Comments
Topics mentioned in this article
Manchester United Cristiano Ronaldo Juan Mata English Premier League Football
Get the latest Cricket news, check out the India cricket schedule, Cricket live score . Like us on Facebook or follow us on Twitter for more sports updates. You can also download the NDTV Cricket app for Android or iOS.