Chelsea Into Champions League After Arsenal Draw With Brighton

The top four sides at the end of the Premier League season will gain entry into Europe's leading club competition. 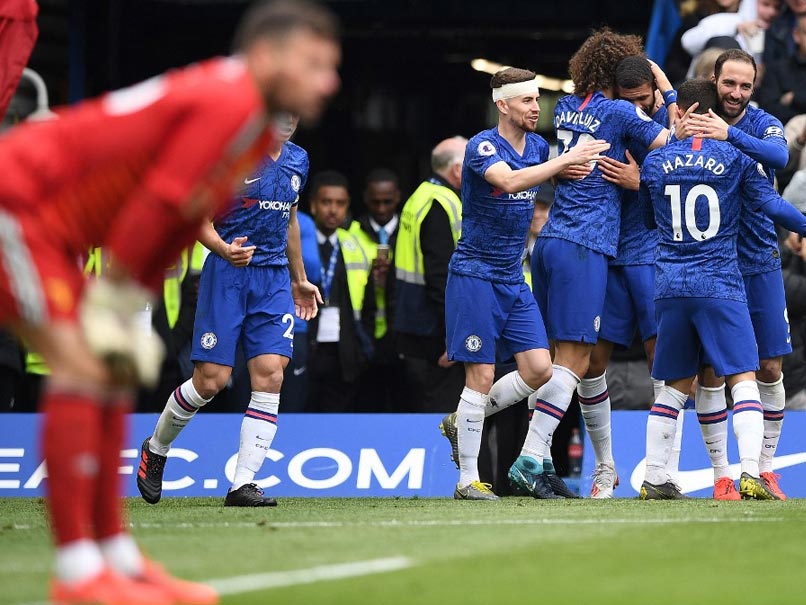 Chelsea were assured of a place in next season's Champions League after London rivals Arsenal were held to a 1-1 draw by Brighton at the Emirates on Sunday. The top four sides at the end of the Premier League season will gain entry into Europe's leading club competition and this result meant third-placed Chelsea, who have 71 points, could not be overhauled by Arsenal, now on 67, with one final league game left this season for each side. Arsenal, however, could still qualify for the Champions League by winning the Europa League. The Gunners will carry a 3-1 lead into Thursday's second leg of their semi-final away to Valencia.

The draw leaves Unai Emery's men in fifth spot, three points behind north London rivals Tottenham, who have a far superior goal difference, and means they can no longer catch Chelsea, who have 71 points.

Leaders Liverpool and Manchester City have already sealed the top two spots ahead of the final round of Premier League fixtures next weekend.

Arsenal can also reach the Champions League by winning the Europa League and they are in a strong position to reach the final, 3-1 up after the home leg of their semi-final against Valencia.

Manchester United manager Ole Gunnar Solskjaer admitted his side did not deserve to qualify for the Champions League next season after an embarrassing 1-1 draw at Huddersfield ended any hopes of a top-four finish in the Premier League.

United have now won just two of their past 11 games in all competitions leaving the decision to hand Solskjaer the job on a permanent basis in March open to question.

Chelsea's 3-0 victory over Watford means United fall four points outside the top four with just one game of the season to go and are likely to end the campaign in sixth.

"We are all disappointed. We are not in the Champions League, I think that is a true reflection. The table seldom lies at the end," said Solskjaer.

Should Watford beat Manchester City in the FA Cup final, United now face having to start their season in Europa League qualifiers on July 25th.

Brighton & Hove Albion English Premier League Football
Get the latest updates on IPL Auction 2023 and check out  IPL 2023 and Live Cricket Score. Like us on Facebook or follow us on Twitter for more sports updates. You can also download the NDTV Cricket app for Android or iOS.