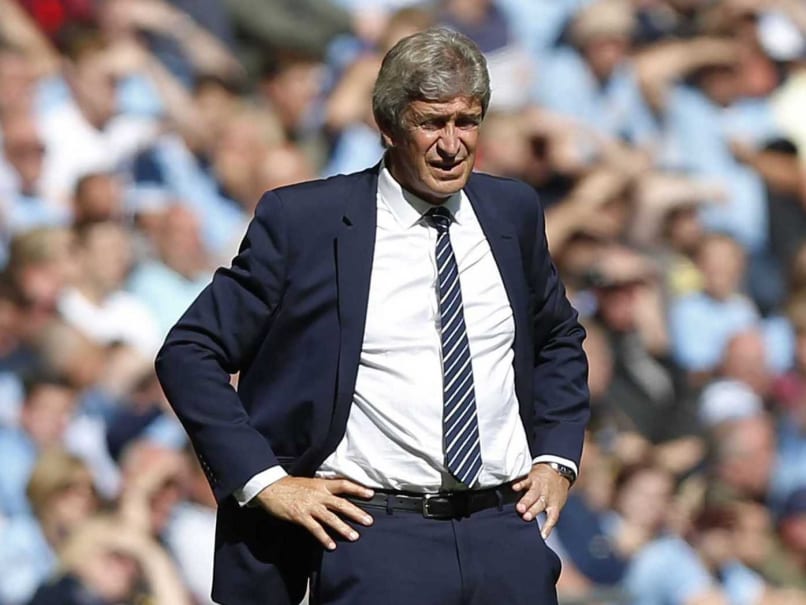 Manchester City manager Manuel Pellegrini will face a tough task of defending the EPL title he won in his first season in EPL last year.© AP

With Manchester United resurgent and big-name signings at Chelsea, Arsenal and Liverpool, Manchester City will face a battle to hold onto their Premier League crown in the 2014-15 season. (Liverpool eye shock move for Samuel Eto'o)

Liverpool's late-season collapse enabled City to power to the title in May, but the campaign that gets under way on Saturday will look very different to the one that preceded it. (Jose Mourinho cannot afford another trophy-less season)

Luis Suarez, last season's outstanding player, has left Liverpool for Barcelona after creating yet another biting storm by sinking his teeth into the shoulder of Italy defender Giorgio Chiellini at the World Cup. (Fabregas can fill Lampard's boots)

After a wretched 2013-14, United have a new manager at the helm in the straight-talking Louis van Gaal, who quickly won over the club's fans during a successful pre-season tour of the United States. (Manchester City snap up Mangala from Porto)

Didier Drogba is back at Chelsea. Cesc Fabregas is back in the Premier League, at Chelsea rather than his former club Arsenal whom he left for Barcelona. Frank Lampard, who left Chelsea last season, is now a Manchester City player.

Arsenal, meanwhile, will start the season with three World Cup-winners in their ranks and having pulled off another transfer coup with a £30 million ($50.5 million, 37.8 million euros) swoop for Chile forward Alexis Sanchez.

"It will be interesting to watch, the Premier League, because it looks like the big teams will all be very strong," predicted Arsenal manager Arsene Wenger, whose side outclassed City 3-0 in Sunday's Community Shield.

City have signed six new players, but it was not until Monday, when the £32 million capture of French centre-back Eliaquim Mangala from Porto was finally confirmed, that they truly flexed their muscles.

With key players such as Vincent Kompany, Pablo Zabaleta and Sergio Aguero short of fitness after taking time off after the World Cup, Manuel Pellegrini's side are unlikely to be firing on all cylinders for some time.

"Five or six teams have the chance to win, but we have a stronger squad than last year," said Pellegrini.

"We hope we can repeat it, but we have to demonstrate that on the pitch."

Chelsea seem likely to provide the strongest threat to City, with manager Jose Mourinho having bolstered his side in every department.

The loss of Suarez was a bitter blow for Liverpool, but their squad now looks better-equipped for the twin rigours of domestic and European football thanks to a £90 million splurge partly financed by the Uruguayan's sale.

Sanchez's arrival should give Arsenal greater cutting edge and last season's FA Cup success means that they must no longer bear the burden of a nine-year trophy drought.

United have also invested heavily, signing Luke Shaw and Ander Herrera for a combined fee of around £60 million, but Van Gaal is likely to prove their most important acquisition.

Buoyed by having guided the Netherlands to the World Cup semi-finals, the 63-year-old Dutchman blew into the club like a whirlwind and his new 3-4-1-2 system yielded instant results on the tour of the US.

"He is, first and foremost, a leader and demands respect, demands discipline and a real sort of detailed structure," said United assistant manager Ryan Giggs, who retired as a player at the end of last season.

"But, within that structure, there is obviously freedom to move. It's been great. The players have really enjoyed it so far and I certainly have."

The money lavished on new players by the leading sides means it will be even more difficult for clubs like Everton and Tottenham Hotspur to close the gap on the division's elite.

Tottenham will hope that new coach Mauricio Pochettino can work some of the magic that saw Southampton achieve a surprise eighth-place finish under his stewardship last season.

It is an achievement the south-coast club will struggle to replicate, with Adam Lallana, Shaw, Rickie Lambert, Dejan Lovren and Calum Chambers having all followed Pochettino out the door at St Mary's.

Of the promoted teams, although it was Leicester City who romped to the Championship title ahead of Burnley last season, play-off victors Queens Park Rangers perhaps look best-equipped for survival.

A year on from the inauguration of goal-line technology, the Premier League will embrace another innovation with the introduction of the vanishing spray used by referees during the World Cup.

Comments
Topics mentioned in this article
English Premier League Chelsea Manchester United Football
Get the latest updates on India vs England Series, India vs England , live score and IPL 2021 Auction . Like us on Facebook or follow us on Twitter for more sports updates. You can also download the NDTV Cricket app for Android or iOS.