Arsenal captain Pierre-Emerick Aubameyang was dropped for Sunday's match against Tottenham Hotspur due to a breach of discipline, said boss Mikel Arteta. 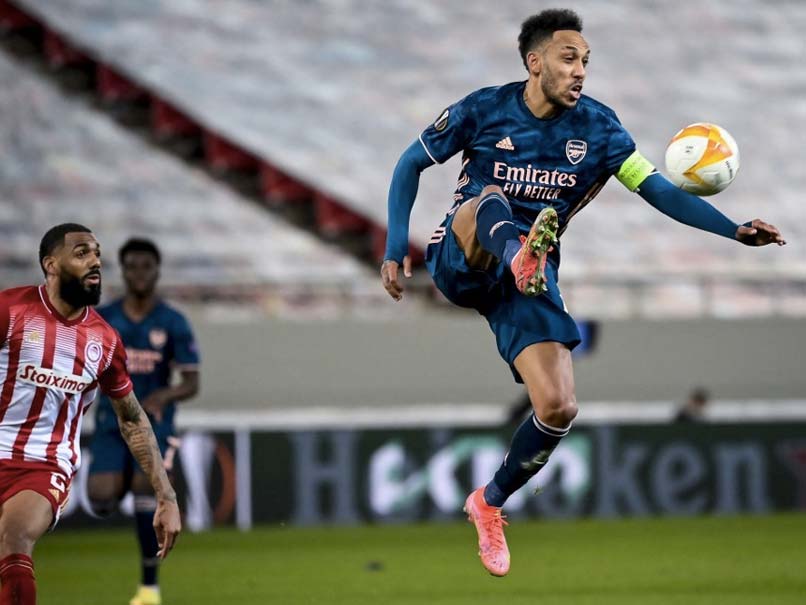 Pierre-Emerick Aubameyang was dropped for Sunday's clash against Spurs.© AFP

Arsenal boss Mikel Arteta dropped captain Pierre-Emerick Aubameyang to the bench for Sunday's north London derby against Tottenham due to a breach of discipline. Arteta said the issue was subject to an internal process without divulging further details on what the Gabon international had done. "He was going to start the game, we had a disciplinary issue, we draw the line and we move on," Arteta told Sky Sports. "He's on the bench."  After a slow start to the season, Aubameyang has scored six goals in his last seven games.

His absence from the start is a massive blow to Arsenal as they aim to end a five-game winless run against Tottenham and keep their slim hopes of a top-four finish in the Premier League alive.

"We keep that internally," added Arteta when quizzed on the nature of the disciplinary breach. "We have a process we have to respect for every game. It's a decision after evaluating everything, who Auba is and what he's done and that's it.

"We have other players who are willing to play and deserve the chance. I'm comfortable with that."

Arsenal English Premier League Football
Get the latest updates on SA vs IND 2021-22, check out the Schedule and Live Score . Like us on Facebook or follow us on Twitter for more sports updates. You can also download the NDTV Cricket app for Android or iOS.