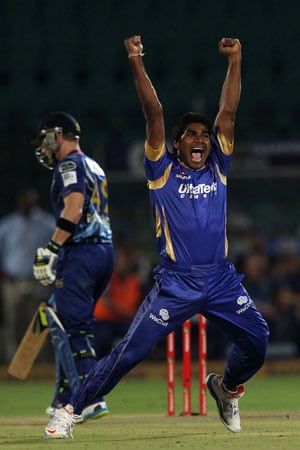 Rahul Shukla is a right-arm medium pace bowler who represents the state of Jharkand in domestic cricket. Making his first-class debut in the 2009-10 Ranji Trophy, he bagged two wickets in his maiden game against Tripura. Shukla made his Twenty20 debut in the same year, impressing with a four-for against Orissa in the Syed Mushtaq Ali Trophy.

Shukla became a part of the Mumbai franchise in the Indian T20 League, after he was bought at the auctions as an uncapped player ahead of the 2012 edition. A year later, he was grabbed by the Rajasthan franchise for the tournament's sixth season. For the 2014 edition, Shukla once again changed sides to move to Delhi.