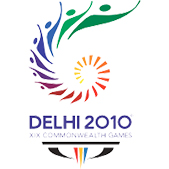 A total of 6,081 athletes from 71 Commonwealth nations and dependencies competed in 21 sports and 272 events, making it the largest Commonwealth Games to date. The final medal tally was led by Australia. India achieved its best performance ever at the Games, finishing second overall. India won 101 medals in the 2010 edition to finish second behind Australia as the Games were staged for the first time in India with New Delhi being chosen as the host city. India won a medal in gymnastics for the first time in the history of the Games, as Ashish Kumar won one silver and one bronze. Another notable achievement came from Krishna Poonia, as she earned India a medal in athletics for the first time in 52 years after claiming gold in the Women's Discus throw competition.