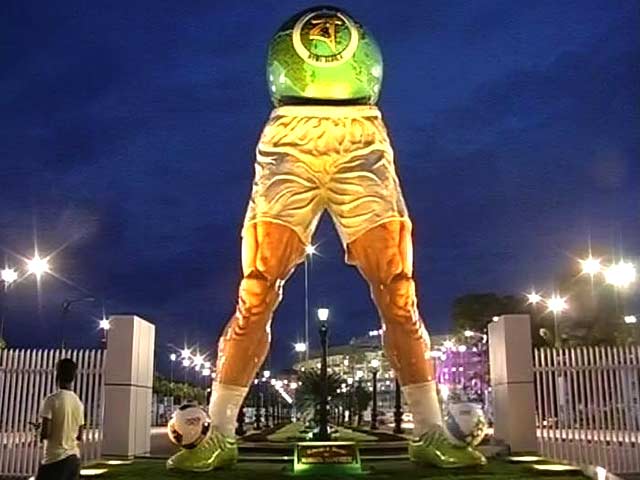 The Salt Lake stadium or Vivekananda Yuba Bharati Krirangan is all dressed up and set to host its first match of the FIFA World Cup 2017 on Sunday. The stadium has been revamped and was handed over to the organising committee in September. The 66000 capacity stadium will be hosting ten FIFA U-17 World Cup matches, which also includes the final on October 28. The statue, which is situated at the entrance of the VIP gate, is grabbing some eye balls not only because of its giant size but also for the fact that it has been designed by West Bengal Chief Minister Mamata Banerjee.

Ndtv Sports 19:6
'In 10 Years, Football Will Be The Same As Cricket In India'
Advertisement