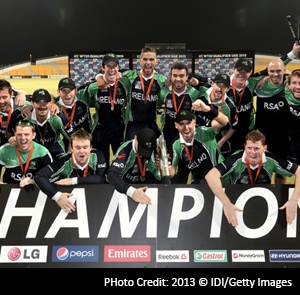 Hailing from Australia, Trent Johnston’s fast bowling career began at New South Wales initially, before he chose to play for Ireland on the international stage.

The right-arm speedster soon made a name for himself in Ireland’s setup, debuting against England in 2006. Johnston eventually went on to captain side and he did total justice to his position. Ireland had a relatively unsuccessful campaign in the World Cricket League, but then bounced back strongly to qualify for the Intercontinental Cup finals. The confident skipper played a pivotal role in the side’s success at the 2007 ICC Cricket World Cup, hitting the winning runs against Pakistan in a thrilling upset.

Johnston took an indefinite break from international cricket in 2008, but soon returned to the national side few months later, helping Ireland qualify for its third consecutive Intercontinental Cup finals. A year later, figures of 5 for 14 from the fast bowler ensured a win over Canada in the ICC World Cup qualifiers. Despite age not being on his side, Johnston remains an integral part of the Irish team, with consistency and experience being his strongest assets.