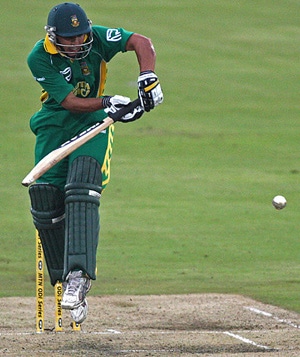 Justin Ontong started as a right-handed batsman but later added off-spin to his repertoire to become a more useful cricketer. He has been a familiar face in South Africa's domestic circuit for quite sometime now. Unfortunately, Ontong, fondly called as "Rowdy" by his teammates, failed to do justice to his talent. He was presented with the chance to play ODIs for South Africa in 2001 but he didn't succeed in displaying his utility.

Somehow he bagged an opportunity to feature in Test matches but his debut was marred with controversy. Percy Sonn, the then president of the UCB inserted him in the playing XI on ground of South Africa's racial quota policy, aborting the selectors' decision to play Jacques Rudolph. Like ODIs, Ontong couldn't do much in the longer version and sadly his international career never took off. However, he remained a prolific run-scorer in first-class cricket. After serving Kent for four seasons, he moved to Cape Cobras in 2008 and since then has been an integral part of their strategies.

He was recalled in the South African national squad after 34 months to tour New Zealand in February 2012.