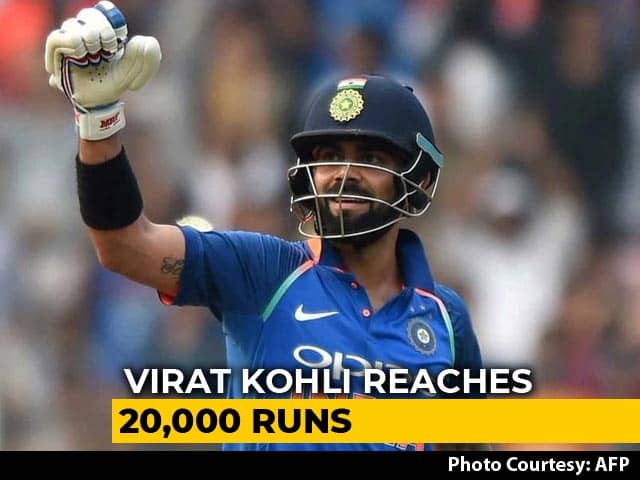 Virat Kohli broke Sachin Tendulkar and Brian Lara's record to become the fastest to score 20,000 international runs, a target he reached when he scored 37 runs in the World Cup 2019 match against the West Indies on Thursday. The Indian skipper took only 417 innings to achieve the record -- 131 in Tests, 224 in ODIs and 62 in T20Is. Sachin Tendulkar and Brian Lara's previous best came off 453 innings each. Virat Kohli has now registered 11,124 runs in ODIs, and has 6,613 Test runs and 2,263 in T20Is.

Ndtv Sports 0:16
Sachin Tendulkar Gets A Shave From 'Barbershop Girls' Of Uttar Pradesh

4:22
Importance Of National Anthem In Sports