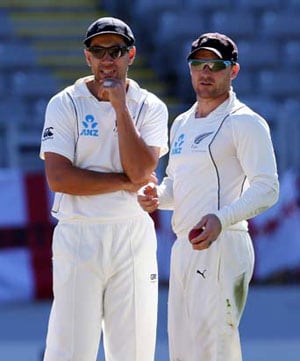 Tall and fast, New Zealand’s Ian Butler did not make his international debut until 2002 when Kiwi speedster Shane Bond was ruled out due to an injury. Known for generating extra bounce from surfaces, he has become an important member of a Kiwi side that periodically punches above its weight.

After a dismal Test tour of England in 2004, where Butler picked up only seven wickets in four Tests, he was dropped and was not seen again in international cricket until 2009. Like fellow team mate Bond, he suffered from recurrent back injuries and has since then avoided the longer format of the game in order to prolong his career. Stronger domestic performances brought him back onto the radar of the national selectors, and he rewarded their confidence by claiming the most number of wickets by a Kiwi bowler at the 2009 World Twenty20. He was then included in the ODI side, but stayed away from Tests. At a time when New Zealand are struggling to find good and consistent pacers, a solid bowler like Butler is essential to the team’s success.