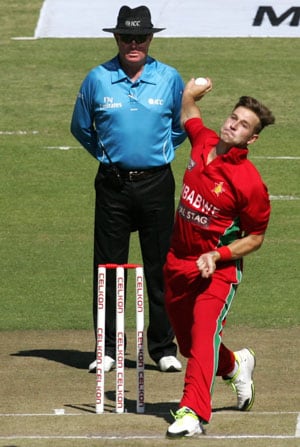 Son of former Zimbabwean player Malcolm Jarvis, Kyle Jarvis made his initial first-class appearance for Zimbabwe XI in an Intercontinental Cup game against Kenya XI in 2009, and also impressed while playing for Mashonaland Eagles.

Having played the role of Zimbabwe's chief strike bowler in the 2008 Under-19 World Cup, Jarvis was soon fast-tracked into the national side, thanks to Heath Streak's appointment as the team's bowling coach. Equipped with raw pace and good coaching, the tall and muscular bowler touched a handsome 145 km/h mark, but lacked control and a sense of direction. Despite being economically expensive, he continued to take wickets for his team. A lower back stress fracture resulted in him being sidelined from action for a while.

However, Jarvis' comeback coincided with Zimbabwe's return to Test cricket, and in 2011, he made his Test debut against Bangladesh at Harare. The return saw him impress in both Tests and ODIs as he troubled the batsmen with his ability to swing the ball both ways at a very good pace. Citing the economic and political turmoil in Zimbabwe, to gain more productive opportunities in the English county, Kyle Jarvis retired from international cricket in August 2013.