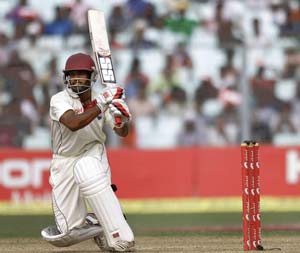 Devon Cuthbert Thomas is a West Indian cricketer, born on 12th November 1989 in Bethesda, Antigua and Barbuda. Thomas is a right-handed wicket-keeper batsman who has represented the national team across formats and is a part of St. Kitts and Nevis Patriots in the Caribbean Premier League.

Thomas started playing professional cricket for the Leeward Islands in 2007-08 and soon rose to fame as he got a senior call-up about a year later. He was the leading run-scorer for the Leeward Islands in the 2018-19 Regional Super50 tournament, with 238 runs in eight matches. He was then the 2nd highest run-scorer for the team in the 2018-19 Regional Four Day Competition, and the fourth-highest scorer in the competition as a whole.

In 2016, Devon was drafted by St Kitts and Nevis Patriots and since then, he has been playing for them in the CPL. A right-hand batsman and wicket-keeper, he played only one season for the Leeward Islands before being given his international debut on 28 July 2009 against Bangladesh in an ODI match when the first-choice team was involved in a pay dispute with the West Indies Cricket Board. A few days later, he also made his T20I debut against the same opponents.

Thomas is one of the three wicket-keepers to have taken wickets in an ODI match after Tatenda Taibu and MS Dhoni. He achieved this feat in a match against Bangladesh at Windsor Park, Dominica. Most recently in June 2022, he was named in the West Indies Test squad for their series against Bangladesh.