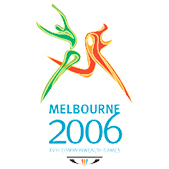 These were the biggest Commonwealth Games till date with 72 nations participating in 17 disciplines. Ian Thorpe led the Gold rush for Australia winning 6 from the pool as Australia led the table with 82 Golds and 207 medals overall. India finished fourth with 69 medals, out of which 30 were gold. Held in Manchester, India won medals in various events of sports, ranging from athletics to judo, boxing to cycling, shooting to hockey, weightlifting to wrestling. However, once again it was India's shooters, wrestlers and lifters who stole the thunder. Shooters won 14 gold medals, weightlifters 11 and wrestlers 3. Pugilist Ali Qamar won gold and women's hockey team clinched gold medals in their respective events.