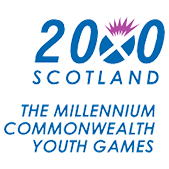 54 nations competed in the Games with Australia beginning their all round domination with 164 medals in total. England were second with 130 while Canada finished third with 116. India had bid to host this edition but lost to New Zealand. However, India bettered its performance and finished with 32 medals. Out of 13 gold medals, 12 were won in weightlifting. Ashok Pandit won the thirteenth Gold for India in shooting (centre-fire pistol). India won eight silver and eleven bronze medals.