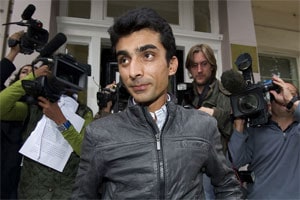 Yasir Hameed marked his entry into international cricket with two Test centuries on debut – against Bangladesh at Karachi in August 2003 – becoming only the second player to attain such a feat.

Feeble of built, Yasir's game is built on effortless grace and timing. He has a solid technique as an opener, but his failure to convert his starts into big scores has brought his downfall in recent years. Persistence at the domestic level helped him to make a comeback into the team in 2007.