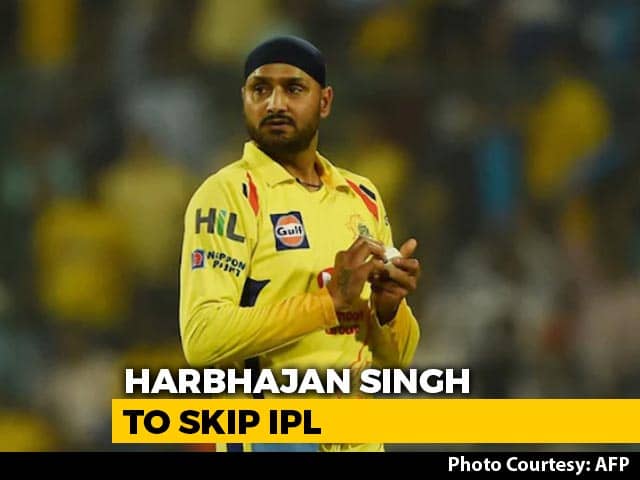 Veteran off-spinner Harbhajan Singh has pulled out of the Indian Premier League (IPL) 2020 due to personal reasons. Harbhajan Singh conveyed his decision to Chennai Super Kings (CSK) on Friday. He became the second CSK player after Suresh Raina to withdraw his name from this year's IPL, citing personal reasons. While Raina had returned home after travelling with the team to the UAE, Harbhajan had remained in India. The development comes on the back of some positive news for the Chennai franchise.

Ndtv Sports 1:34
I Deserve The Same 'Privileges' As Dhoni: Harbhajan to NDTV

19:47
Virat a Champion Player But Sachin Will Remain Sachin: Harbhajan

2:15
Mumbai Indians Look Most Settled Side in IPL 2016: Sangakkara

Manchester United vs Liverpool, Premier League: When And Where To Watch Live Telecast, Live Streaming