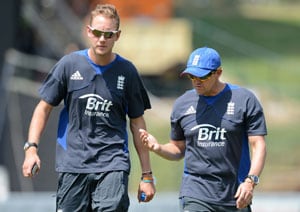 Born in Auckland, Rob Nicol is a batting all-rounder who bowls right-arm medium pace as well as off-spin. Since his first-class debut in 2001-02, he has been a steady performer for Auckland before moving to Canterbury in 2009-10. Nicol was at the peak of his form in the 2002-03 season, when he scored more than 600 State Championship runs. His impressive run continued as he became Canterbury’s leading run-scorer in the Twenty20 HRV Cup. That ultimately won him a spot in the national side and he was named in the New Zealand team for the 2010 ICC World Twenty20 in the Caribbean. He played his first T20I against Sri Lanka in the same year.