Listen to the latest songs, only on JioSaavn.com
St. Petersburg Stadium 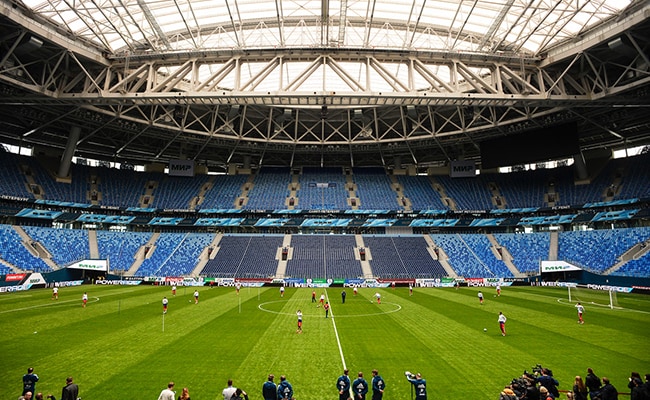 The stadium's capacity is 64,287 approximately. The stadium's construction was completed in April 2017 at the cost of 1.5 billion US Dollars approximately. It will host seven World Cup matches on this ground. Four group stage matches (Morocco vs Iran, Russia vs Egypt, June 19; Brazil vs Costa Rica and Nigeria vs Argentina), one each of the Round of 16 (July 3), Semi-final (July 10) and Third-place play-off (July 14).

?Which group stage match-up in the Saint Petersburg Stadium draws your attention?! pic.twitter.com/SRPBILW5jP