Listen to the latest songs, only on JioSaavn.com
Kaliningrad Stadium 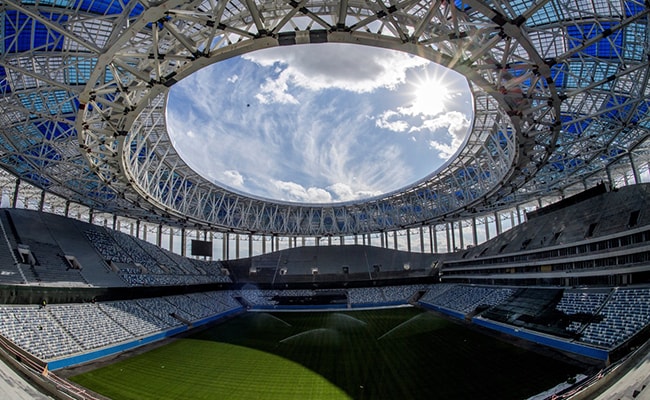 The stadium's capacity is 44,899 approximately. The stadium's construction was completed in December 2017 at the cost of 290 million US Dollars. It will play host to six World Cup matches including four group matches (Sweden vs South Korea, Argentina vs Croatia, England vs Panama and Switzerland v Costa Rica), one Round of 16 clash and one Quarter-final on 6th July.