Listen to the latest songs, only on JioSaavn.com
Fisht Stadium 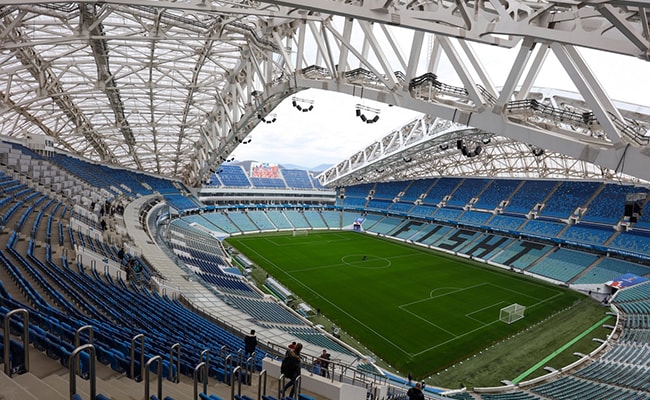 The stadium's capacity is 47,659 approximately. The stadium's construction was completed in December 2013 at the cost of 519 million US Dollars. It will play host to six World Cup matches. Four group matches (Portugal vs Spain, Belgium vs Panama, Germany vs Sweden, Australia vs Peru). It will also host one Round of 16 clash on June 30 and a Quarter-final on July 7.

Sochi locals & visitors have been enjoying the 2018 #WorldCup Football Park this weekend, with ????Nuno Gomes & ??Zabivaka joining in with the celebrations!