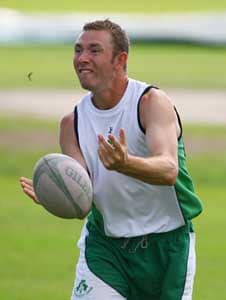 Andrew White made his mark in domestic cricket with a swashbuckling unbeaten 152 against the Netherlands on his first-class debut in 2004. White has been part of the national side since 2002 after playing for the Ireland Under-19 side for a couple of years. He made his international debut in 2006 in a one off ODI against England.

Apart from being a hard hitting batsman, White is also a useful off-spinner capable of picking wickets at crucial intervals. He played a vital role in Ireland’s shock win against the mighty West Indies in 2004, where he hit the winning runs. White has played in two ICC Trophies in 2001 and 2005 and in 2005 was instrumental in helping Ireland reach the final. He was also part of the Irish squad for the 2007 and 2011 ICC Cricket World Cup.