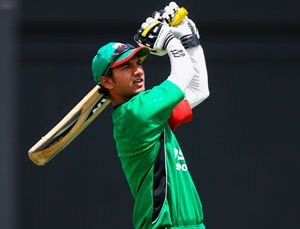 Tanmay Mishra first showed glimpses of his middle-order batting abilities in only his second ODI against Zimbabwe in 2006. Born in Mumbai, Maharashtra, Tanmay made his ODI debut for Kenya in the year 2006 but enrolling in an Indian University meant that he had to sit out of the national team for the three following years. Returning back in 2010, Mishra, using his Indian passport, was grabbed by the now-defunct Deccan Chargers in the fifth edition of the Indian T20 league where he made his first and only appearance so far. In 2014 though, Bangalore gained his services for a price of Rs. 10 lakhs.