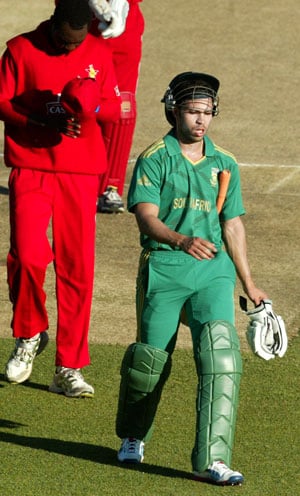 Hailing from Harare, Matsikenyeri is another promising prospect, who like many other Zimbabwean talents, has failed to make utmost use of the international stage. Being the present sole survivor of the 2003 ICC Cricket World Cup squad, he also featured in the 2007 edition of the ICC CWC.

A genuine right-arm off break bowler, Stuart started off as an opening batsman on his debut, but he then dropped down the order. He was a part of the upset win over England in the Natwest Series in 2003, with a very handy contribution of 44 runs. In 2006, just like most of the other players, Matsikenyeri did not sign the contract with the board but later on came back to feature in the 2007 mega World Cup event. Adapting to slow pitches on his home land, Matsikenyeri is a good cutter and puller of the cricket ball. In 2012, he was dropped from the national team but since then has been playing domestic cricket for Mashonaland Eagles.