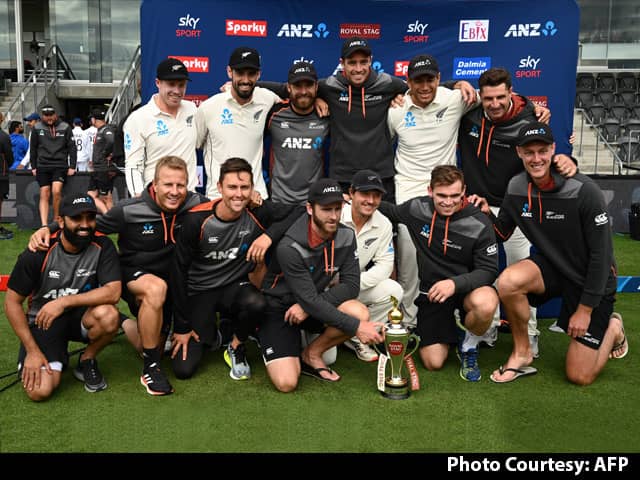 New Zealand beat India by seven wickets in the second Test in Christchurch to secure a 2-0 series sweep. Kyle Jamieson took a 5-wicket haul in the first innings, helping the hosts bowl India out for 242. Mohammed Shami and Jasprit Bumrah came back strong for India and restricted New Zealand to 235, giving India a seven-run lead. India had a batting collapse in their second innings as they folded for 124, setting a target of 132 runs for New Zealand. The home side comfortably chased down the target with openers Tom Latham and Tom Blundell scoring half-centuries. New Zealand moved to third in the World Test Championship with the series win, with India still holding on to the top spot.

1:15
'Will Take Best Call For The Team When Time Comes', Says Virat Kohli On Bhuvneshwar And Shami

0:24
Chargesheet Filed Against Mohammed Shami For Dowry Harassment And Molestation