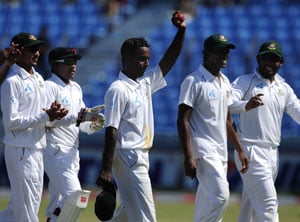 A left-handed batsman and a slow left-arm orthodox spinner, Elias Sunny first played for the Bangladesh Under-17s in 2002-03. He made his first-class debut for Dhaka Division in the 2003-04 season. An elegant batsman, Sunny amassed close to 1000 runs in the 2006-07 season.

An international debut came after years of waiting in the wings, when in 2011, he was included in the Test side against West Indies. It was a dream debut for the left-armer who clinched a six-wicket haul and was named Man of the Match in that Test. ODI debut followed against Pakistan and Sunny became a useful all-rounder in the side. His immaculate line and length, ability to generate sharp turn and control make him a dangerous prospect for the opposition.

Sunny was soon fast-tracked into the T20I side and in 2012, he made his debut against Ireland, finishing with career-best figures of 5 for 13. Once again, he was adjudged Man of the Match on a debut.