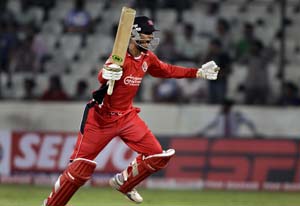 The younger brother of Daren, Sherwin Ganga is a left-handed batsman and a right-arm offbreak bowler. He made his first-class debut in the 2003-04 season.

Sherwin had a relatively less successful start to his career as compared to brother Daren. A few good performances in the domestic arena here and there were showcased, but it got him nowhere too close to being selected to play for the national team. However, following a decent fifty that guided Trinidad & Tobago to a semi-final victory in a regional tournament against Barbados in 2004, Sherwin was included in the 25-man squad for a tour to Australia that year. He missed out on a chance to play, though.