Listen to the latest songs, only on JioSaavn.com
Hockey
Sports Home The summit clash of the Hockey World League Final in New Delhi was expected to be a tough game for the underdogs New Zealand, who had done really well to the reach the final against the highly-fancied Netherlands. The match did not throw up any surprises as the Dutch dominated the play from the outset. 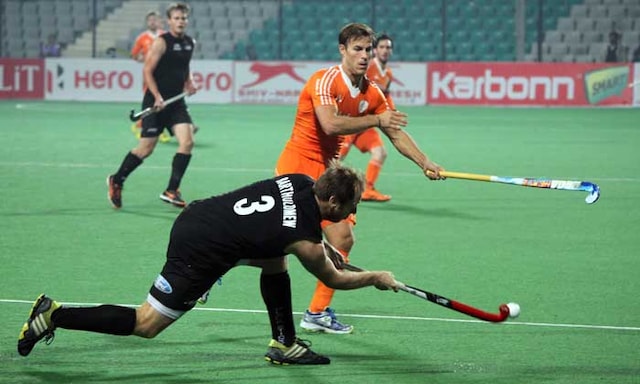 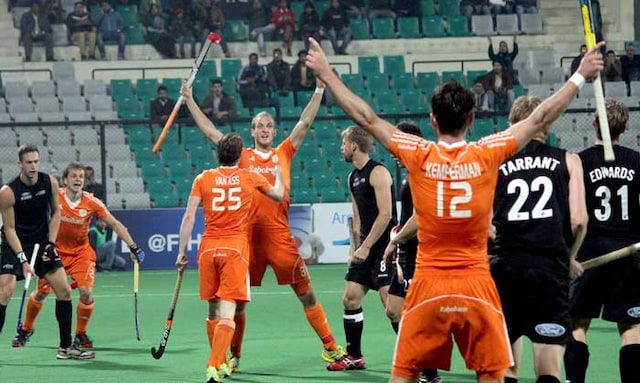 After Constantijn Jonkers' 17th minute opening goal, the Dutch seemed to have found their rhythm with back-to-back attacks on the Black Sticks. Billy Bakker, scored the second goal for the Dutch in the 23rd minute. 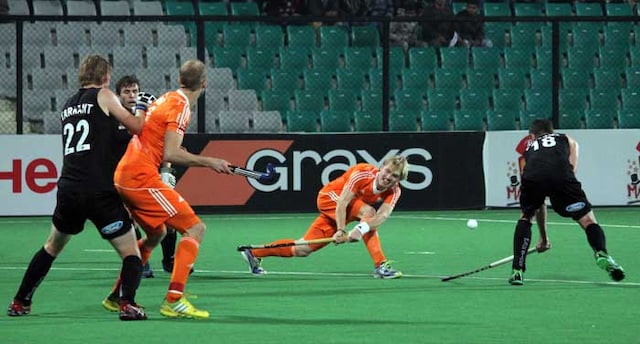 After the first half ended at a 3-0 lead for the Dutch, the second half was off to a rousing start with goals by both teams in the 36th and 37th minute. New Zealand, trailing 5-1 at one stage, pulled one back in the 52nd minute thanks to Steve Edwards. However, the Dutch were nowhere threatened by the sporadic Kiwi attacks and kept on the aggression. 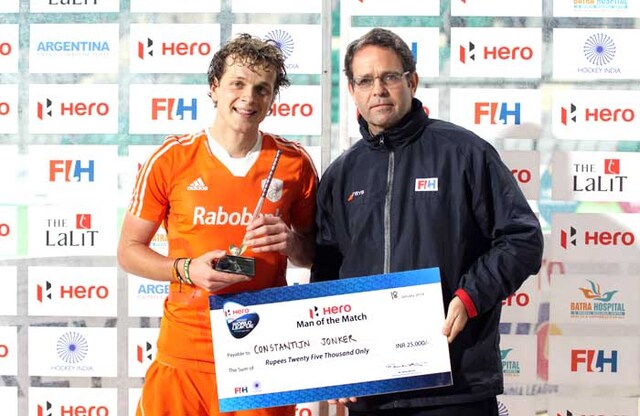 Constantijn Jonkers, struck in the 61st minute to complete a hat-trick and pick up the man of the match award. 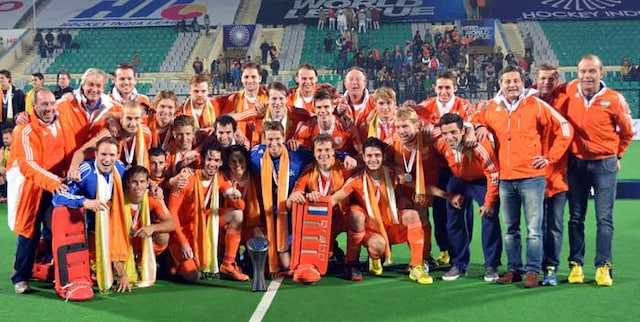 Netherlands completed a 7-2 rout of New Zealand to earn the gold medal. The Kiwis, who made giant strides in world hockey during the tournament, ended up with a well-deserved silver medal. England clinched the bronze after beating Australia in 3rd-place playoff.