Yograj Singh has urged Ambati Rayudu to come out of retirement and score plenty of runs in the domestic circuit. 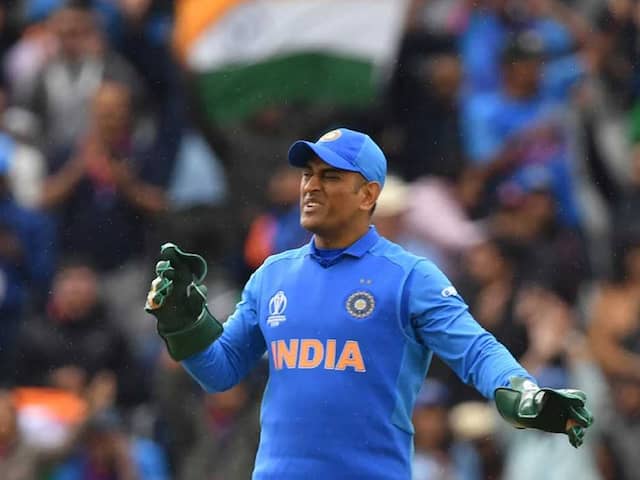 MS Dhoni is currently representing the country in the World Cup 2019.© AFP

Former India pacer Yograj Singh, father of 2011 World Cup hero Yuvraj, has asked Ambati Rayudu to come out of retirement and prove a point, adding "filthy" people like M.S. Dhoni won't be around forever. Middle-order batsman Rayudu last week announced his retirement from all forms of cricket. Rayudu was not included in the 15-member squad for the ongoing World Cup. Despite being named in the reserves, he was not called up in the squad after Shikhar Dhawan and Vijay Shankar suffered injuries and Rishabh Pant and Mayank Agarwal were, instead, named as their replacements.

After he again missed a spot in India's World Cup team, Iceland Cricket in a bizarre tweet on Tuesday, offered the 33-year-old permanent residency in their country so that he could play for them.

After his initial World Cup snub, Rayudu had expressed his displeasure and also questioned the selectors' decision to pick Shankar over him with a tweet that mocked a statement by head selector M.S.K. Prasad who had said that "Vijay Shankar gives three dimensions" to the team.

"Rayudu should've continued playing, more and more. He should've played Ranji Trophy, Irani Trophy, Duleep Trophy, scoring 100s, 200s, 300s with not outs. He still has a lot of cricket left in him," Yograj was quoted as saying by NNIS Sports.

"Rayudu, my son you took the decision in haste. Come out of retirement and show them what you are capable of," the 61-year- old, who has played one Test and six ODIs for India, said.

Talking about how former India captain Sourav Ganguly gave youngsters a chance, Yograj, who has often criticised Dhoni, said people like him won't be around for long to spread filth.