Virat Kohli, Ravi Shastri To Meet Committee Of Administrators After Returning From England

The Committee of Administrators (CoA) will meet Virat Kohli and Ravi Shastri to discuss the team's performance in World Cup 2019 and the road ahead. 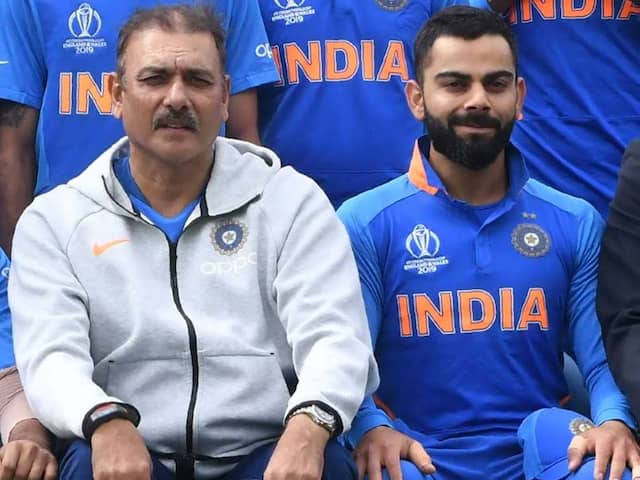 Virat Kohli, who led India to the World Cup 2019 semi-finals on his first assignment as skipper in a 50-over World Cup, has been called by Committee of Administrators (CoA) for a meeting along with head coach Ravi Shastri, whose tenure has been extended by 45 days after the ICC showpiece event. CoA chairman Vinod Rai said that the Supreme Court-appointed committee is planning to discuss a road map for India ahead of the next year's T20 World Cup in Australia. "We will certainly have a review meeting once the coach and the captain are back from their breaks. I will not put a date and time but we will speak to them. Also we will speak to selection committee head on road ahead," Rai told PTI from Singapore.

Virat Kohli and his men will be boarding the flight to Mumbai on Sunday after losing a rain-hit two-day semi-final to New Zealand by 18 runs on Wednesday. The CoA chief refused to divulge any further details on the review meeting.

"India's campaign has just ended. How, when and where are not the questions that I will be able to tell you now," Rai said.

However, it is learnt that there will be few questions asked from Shastri, Kohli and the selection committee chief.

It is expected that Ambati Rayudu's handling is likely to come up during the review.

The team management might be asked as to why he was persisted with till the final series, at home against Australia, before the World Cup if the selectors were not convinced about him being a certainty for the number four slot.

Rayudu was named a reserve in the World Cup-bound team but wasn't called even after injury setbacks, something that prompted him to retire from all cricket.

The second issue on the table is likely to be the presence of three wicketkeepers in the side, especially Dinesh Karthik, who has not performed in ODI cricket for a long time and had a wretched IPL.

Karthik, veteran MS Dhoni and the fast-rising Rishabh Pant were all part of the playing XIs in various matches during the World Cup.

Third point of contention could be Dhoni's batting position in the semi-final loss in Manchester.

The team management is likely to be asked as to why Dhoni was sent at number seven after the team had been reduced to 5/3 in a chase of 240.

It has been learnt that batting coach Sanjay Bangar was the one who decided on Dhoni's slot and Shastri might be asked to give his view on the decision.

While the current five-member selection panel will continue till the BCCI AGM, it is expected that chairman of selectors Prasad will be asked to be more assertive in selection meetings.

It is learnt that fellow selectors Sarandeep Singh and Devang Gandhi have not been giving enough inputs during selection meetings.

"Agreed that none of them have the stature of a Dilip Vengsarkar but together they can still hold their ground on cricketing logic. Neither Sarandeep nor Devang offer any tangible inputs.

"MSK got some respite once Jatin Paranjpe and Gagan Khoda re-joined," a senior BCCI source said.

In fact, Sarandeep's presence in India net sessions in the national kit had raised a few eyebrows but did not lead to any major controversy.

Virat Kohli Ravi Shastri World Cup 2019 Cricket India vs New Zealand, 1st Semi Final
Get the latest Cricket news, check out the India cricket schedule, Cricket live score . Like us on Facebook or follow us on Twitter for more sports updates. You can also download the NDTV Cricket app for Android or iOS.