JP Duminy To Retire From ODIs After World Cup 2019 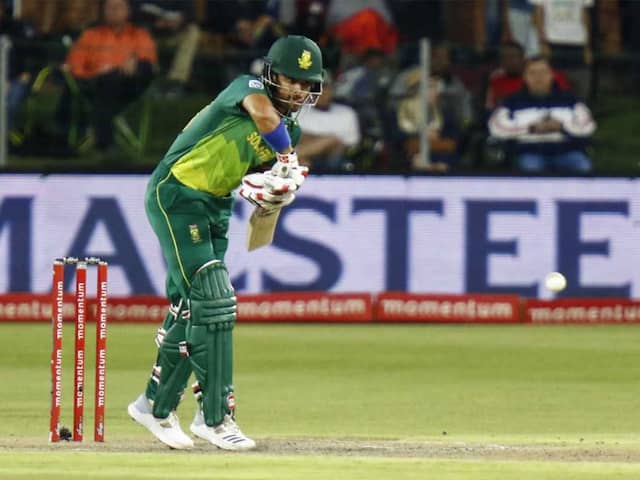 JP Duminy has turned out in 193 ODIs for South Africa, amassing 5047 runs© AFP

South Africa all-rounder Jean-Paul Duminy has announced that he will retire from 50-over cricket at the end of the ICC World Cup 2019, which is scheduled to commence from May 30 onwards in England and Wales. The 34-year-old, who made his debut back in 2004, has already retired from Tests as well as first-class cricket. He will remain available for T20Is as of now. The upcoming World Cup will be Duminy's third - he has represented the Proteas in the 2011 and 2015 editions of the showpiece event.

"The last few months on the sidelines have given me an opportunity to re-assess my career going forward and to plot some goals I'd like to achieve in the future," Duminy said in a statement.

"While a decision like this is never easy, I also feel that it is the right time for me to pass on the baton. I will still be available to play international and domestic T20 cricket, but would also like to invest more time towards my growing family, who are my number one priority," the statement added.

"I have been privileged to live out my dream playing a sport I love, and I am forever grateful for the support I have received from my teammates, coaches, family, friends, and fans throughout the years," it further said.

Duminy, who announced his retirement from Test and First-Class cricket in 2017 to put more focus on his white-ball cricket, feels ‘the time is right' to close this chapter of his international career. #ThankYouJP#ProteaFire pic.twitter.com/8WlqSbCQsb

Duminy, who announced his retirement from Test and first-class cricket in 2017 to put more focus on his white-ball cricket, feels ‘the time is right' to close this chapter of his international career.

Duminy, who is currently part of the ODI series being played in his home country against the visiting Sri Lanka team, will get a final chance to walk out to Newlands, his home ground, when the two teams lock horns in the 5th ODI of the bilateral series on Saturday.

He was selected for the final two matches of the series, having just made his return to contention after a lengthy lay-off forced by a shoulder injury. It is expected that he will be part of the 15-man squad to be named by South Africa for the World Cup.

Duminy joins stalwarts like Chris Gayle and Imran Tahir in announcing that the World Cup will be their swansong.

JP Duminy World Cup 2019 Cricket
Get the latest Cricket news, check out the India cricket schedule, Cricket live score . Like us on Facebook or follow us on Twitter for more sports updates. You can also download the NDTV Cricket app for Android or iOS.