India are scheduled to face Pakistan in the World Cup 2019 on June 16 in Manchester. 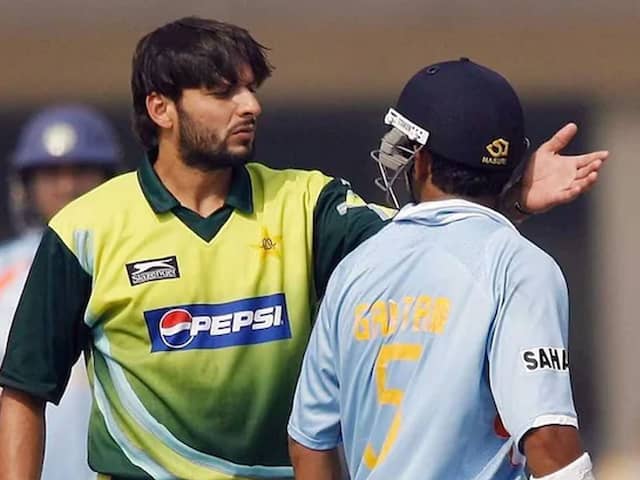 Shahid Afridi had earlier accused Gautam Gambhir of having an "attitude problem".© AFP

Former India batsman Gautam Gambhir, who recently became an MP after winning from the East Delhi Lok Sabha constituency, received flak from Pakistan's Shahid Afridi, who called him "foolish" over his suggestion that India should forfeit the World Cup match against the arch-rivals. Earlier in February, Central Reserve Police Force (CRPF) personnel were killed in a ghastly terror attack in Jammu and Kashmir's Pulwama district. In the wake of the terror attack, Gautam Gambhir was among those who suggested India should forfeit all cricketing ties with Pakistan.

India are scheduled to face Pakistan in the World Cup 2019 on June 16 in Manchester.

Reacting to Gambhir's suggestion, Afridi said at a press conference: "Do think it is sensible what Gautam Gambhir has said? Does this look like something which a sensible person would say? Do educated people talk like this?"

Shahid Afridi responds to Gautam Gambhir's suggestion that India should forfeit any World Cup matches versus Pakistan "Does this look like something which a sensible person would say? Do educated people talk like this?" #CWC19 pic.twitter.com/wYgtoOMI5k

Afridi, in his recently released autobiography, accused the former India opener of having an "attitude problem" and "no personality" going onto even claim that Gambhir "has no records just a lot of attitude".

Gambhir hit back to Twitter, saying: "we are still granting visas to Pakistanis for medical tourism", even offering to "personally" take Shahid Afridi to a psychiatrist.

Gautam Gambhir World Cup 2019 Cricket
Get the latest Cricket news, check out the India cricket schedule, Cricket live score . Like us on Facebook or follow us on Twitter for more sports updates. You can also download the NDTV Cricket app for Android or iOS.