During the India vs Afghanistan match, Virat Kohli advanced towards umpire Aleem Dar in an aggressive manner when appealing an lbw decision. 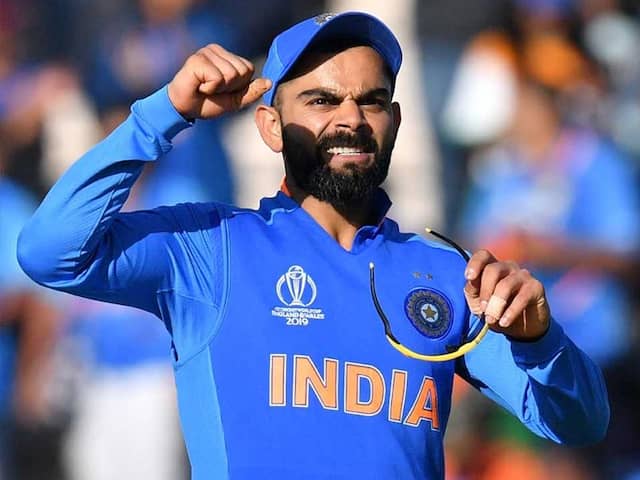 India captain Virat Kohli has been fined 25 per cent of his match fee.© AFP

Team India skipper Virat Kohli has been penalised by the International Cricket Council (ICC) for arguing with umpire Aleem Dar in an aggressive manner during the India vs Afghanistan World Cup 2019 clash on Saturday. He was fined 25 per cent of his match fee for breaching Level 1 of the ICC Code of Conduct. Kohli was found to have breached Article 2.1 of the ICC Code of Conduct for Players and Player Support Personnel, which relates to "Excessive appealing during an International Match". On-field umpires Aleem Dar and Richard Illingworth, third umpire Richard Kettleborough and fourth official Michael Gough levelled the charges against the Indian captain.

The incident occurred in the 29th over of the Afghanistan innings, when Virat Kohli advanced towards umpire Aleem Dar in an aggressive manner when appealing an lbw decision.

According to an ICC media release, "Kohli admitted the offence and accepted the sanction proposed by match referee Chris Broad of the Emirates ICC Elite Panel of Match Referees, and as such, there was no need for a formal hearing."

One demerit point has been added to the disciplinary record of Kohli, for whom it was the second offence since the introduction of the revised Code in September 2016.

Virat Kohli now has two demerit points after having got one demerit point during the Test against South Africa on January 15, 2018.

Virat Kohli World Cup 2019 Cricket India vs Afghanistan, Match 28
Get the latest Cricket news, check out the India cricket schedule, Cricket live score . Like us on Facebook or follow us on Twitter for more sports updates. You can also download the NDTV Cricket app for Android or iOS.